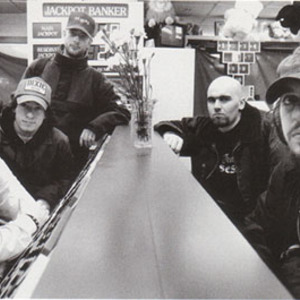 Iron Monkey was a sludge metal band that formed in Nottingham, England in 1994. The original members were Justin Greaves (drums, ex-Bradworthy), Johnny Morrow (vocals), Jim Rushby (guitar), Steve Watson (guitar, ex-Cerebral Fix) and Doug Dalziel (Bass, ex-Ironside). The group's sound was influenced by the doom metal and crust punk genres and in particular by bands such as Grief, Black Sabbath and Eyehategod.

The group wrote a six song album that was released originally on the small imprint Union Mill before being put out by Nottingham label Earache Records. Before the deal was made however guitarist Steve Watson was fired and replaced by Dean Berry. The band's second album Our Problem was released to high acclaim. The next release, We've Learned Nothing, was a split CD with Japanese doom metal band Church of Misery that was put out by Man's Ruin Records. In 1999 the band played the Dynamo Festival in the Netherlands and shortly after Jim Rushby left the band and was replaced by ex-Acrimony guitarist Stu O'Hara. However due to a variety of personal and industry problems the band split in September 1999.

Justin, Jim and Johnny went on to form the short-lived Armour of God while Dean, Doug and Stu formed Dukes of Nothing. Steve has played in Helvis. Johnny then formed My War and Murder One before suffering a fatal heart attack in the summer of 2002. Justin has since played in an array of bands that include Borknagar, SiLVER GiNGER FiVE, Hard to Swallow (also with Jim), Teeth of Lions Rule the Divine, British doom titans Electric Wizard and now plays in Crippled Black Phoenix. Dean played for the underground post-doom / sludge group Capricorns (signed on Lee Dorrian's Rise Above Records), while Stu went on to play in Black Eye Riot. He's now playing with Acrimony members in a yet to be named stoner-groove outfit. Jim currently plays in Geriatric Unit. A live and rare tracks album entitled Ruined By Idiots was released in 2003 on Maniac Beast Records.

We Have Learned Nothing