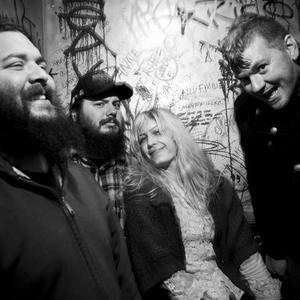 Backwoods Payback's sound is pretty well defined ? heavy southern rock with a heapin' amount of sludgey doom ? and the 11 songs on this album flesh that out. Along with the usual brick-fisted bashers like ?Baja 6 Pack,? ?You Shittin' Me?,? and ?Hates You,? the band comes up with some new tricks, like throwing some bluesy Hammond on ?Brandywine? or some stoner pysch riffing on ?Bastard Squad.?Fans of Earthride ought to take notice, and that's not just because Dave Sherman pops up on the last track.

Backwoods Payback has the same doom n groove qualities of that seminal band. Even though the bluster level gets a little high (more often than not, the band's belaboring the point that they're mean ass motherfuckers), this is definitely a keeper. (StonerRock.com).