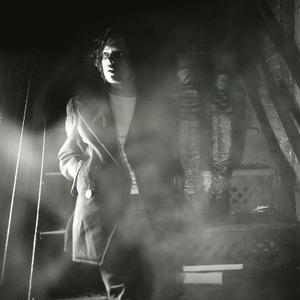 Dax Riggs (born 15 October 1973 in Evansville, Indiana, United States) is an independently-signed singer/songwriter. His diverse musical style encompasses heavy metal, psychedelic rock, blues rock, and post-punk. His distinct lyrical style is characterized by a consumption by darkness, Satanic visions, druggy hallucinations, melancholy, morbid imagery, and a fascination with death in specific, all in an impassioned, raspy baritone that can be largely characterized as nocturnally beautiful in feeling.

Dax has lead numerous bands and projects, most famously the legendary Houma, Louisiana sludge band Acid Bath in the 1990s, plus Agents Of Oblivion and Deadboy & The Elephantmen. He has released one album under his own name, 2007's We Sing of Only Blood or Love. Since stylistically leaving extreme metal after the dissolution of Acid Bath, Riggs has culled musical influence from classic Black Sabbath-style heavy metal, early-style indie rock, blues rock, folk rock, and post-punk, with audible and cited influence from Nick Cave and Leonard Cohen. He first sang in Acid Bath at age 16. Riggs, along with Acid Bath bandmate Mike Sanchez, formed the bluesy post-metal outfit Agents of Oblivion after the demise of Acid Bath. In his heavy metal days with Acid Bath, Riggs was one of the pioneers of the "dual vocal" metal style, mixing angelic harmonies seamlessly with demonic growls.

His last project, Deadboy & the Elephantmen, recorded and released a few independent demo CDs before being signed to southern metal label Rotten Records and releasing its debut If This Is Hell Then I'm Lucky. Next the band signed with acclaimed independent blues/rock label Fat Possum in 2005 and releasing the 2006 album We Are Night Sky. The band originally consisted of Riggs and a backing band, an incarnation that was very reminiscent of Agents of Oblivion. But towards its end, Deadboy became a stripped-down, bluesy post-punk duo of Riggs and drummer Tessie Brunet. Brunet bitterly quit in 2006 for undisclosed reasons, coinciding with Dax changing the name from Deadboy & the Elephantmen to just Dax Riggs.

Dax frequently plays acoustic solo gigs, and since Deadboy started has often used session musicians both live and in the studio.

Say Goodnight to the World

If This Is Hell Then I'm Lucky

We Sing Of Only Blood Or Love