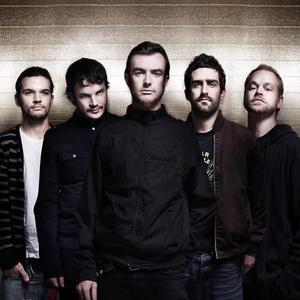 Karnivool is a five-piece progressive rock group based in Perth, Australia that was formed by Ian Kenny in 1996, who at the time filled the roles of both guitarist and vocalist for the band while they played Carcass and Nirvana covers. Their name stems from the band being initially described by local fans as "a bunch of clowns". Their style of music can be classified as both progressive rock and alternative rock, with alternative metal undertones. Major influences of the band are Nirvana, Radiohead, Meshuggah, Pink Floyd, Tool, Soundgarden and Carcass.

Critically hailed as being one of the establishing bands for the Australian progressive rock and metal movement, Karnivool are considered amongst the few in Australia's rapidly growing music industry to still be bringing new and refreshing material to their catalog.

In 1996, Kenny began by recruiting two of his high school classmates (Andrew Brown/Brett McKenzie) to play Carcass and Nirvana covers at several gigs around Perth. At this time, both Karnivool's current bassist and lead guitarist were attending a conservatorium to study jazz guitar and drums respectively. In 1998, Andrew Goddard joined Karnivool on bass, and from there they began writing original material. Soon Andrew "Drew" Goddard was switched to lead guitar, Andrew Brown and Brett McKenzie were replaced by Jon Stockman (bass) and Ray Hawking (percussion). The band have since released several singles and two EPs, Themata and most recently their sophomore record, Sound Awake. Currently Karnivool consists of Ian Kenny on lead vocals (also one quarter of Birds of Tokyo), Andrew "Drew" Goddard on lead guitar, Mark Hosking on rhythm guitar (both a part of Revolucion Street and an accompaniment for The Cat Empire while they are on tour), Jon Stockman on bass (one fifth of Floating Me) and Steve Judd (originally the drummer for hope here gone which has now disbanded, replaced Hawking in 2004 as a "permanent gun for hire"). Goddard and Stockman also contributed guitar and bass parts to Pendulum's record Hold Your Colour released in 2005.

Themata: Their debut album was named after Themata, an old Greek word; the plural of Thema. A Thema is a gut assumption or intuition about the workings of the world or life itself, a philosophy you can't prove with hard evidence, but something you instinctively know is right and are willing to back. For the recordings of Themata, they used guitars tuned in the tuning of B-F#-B-G-B-E, a hybrid tuning of Dropped-B (low strings) and Standard E (high strings). Guitarist Andrew Goddard said that this was because he forgot the high strings while detuning and that he liked the complexity. Andrew "Drew" Goddard wrote the tracks for Themata as well as playing drums throughout the recording of the album, he commented too that he often plays guitar like he does drums. Karnivool only actually played the songs off Themata together as a band after the album was recorded, according to Drew. The record was not written with any real foresight, which is evident in many of the song titles and lyrics (Roquefort is actually a strong smelling French cheese, Mauseum is a word "from the depths of Jon's mind" (Drew Goddard) and C.O.T.E. means Center of the Earth), and Karnivool's writing process was dysfunctional and slow going.

Sound Awake: After returning from the US, and completing their slot in the 2008 Big Day Out, the band headed back into the studio to write their follow-up to Themata.

In an interview with X-Press Magazine, guitarist Andrew Goddard said that the new album was a huge step up from Themata. He also said that the writing process of the new record had been more of a collaborative group effort by the band than previous works, and that they were going to go into the studio with a new recording strategy: that is, trying to focus less on the minute details, and put together a more natural sounding album. Karnivool released their long-awaited second album on June 5, 2009.

During live performances in the Aeons Tour, they played three new songs, titled "Goliath", "Deadman" and "Pearogram", as well as "New Day", which had been played at previous shows. At their performance at Homebake in 2008, they debuted a fifth new song entitled "Set Fire to the Hive". The new songs appeared to have a more mature vibe, but still bore resemblance to the band's other work. The album was one of the most anticipated Australian releases for 2009. In an interview with Channel V, Ian Kenny stated that after the success of the Aeons Tour, the band's next tour would be based on a similar layout which brings a new impression on the typical rock show.

Sound Awake entered and peaked 2nd on the ARIA charts, following this, just over a month after the release the band announced via their MySpace Sound Awake had gone 'Gold'.