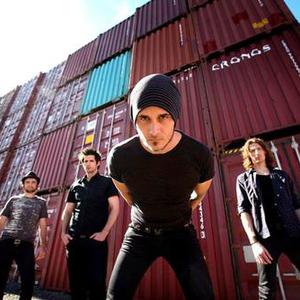 Dead Letter Circus is a five-piece music group from Brisbane, Queensland, Australia. Their music style is a combination of melodic alternative rock and indie rock, with alternative metal and progressive rock influences. Major influences of the band include Faith No More, Muse, The Mars Volta, Radiohead, U2, Cog, Deftones, Tomahawk, Massive Attack, Shihad, The Butterfly Effect, Portishead, Karnivool and At The Drive-In.

Formed in 2005, Dead Letter Circus released one self-titled EP in 2007. They have performed at festivals such as The Big Day Out, The Come Together Music Festival in Sydney and The Over-Cranked Music Festival in Brisbane. They have performed with a number of bands, some of these include Tool, Cog, Karnivool, The Butterfly Effect, Chevelle and Helmet. They also tour Australia extensively on their own headline tours. On the 1st of November, 2008, they released a second EP/single, entitled Next In Line. Next In Line featured three tracks, two of which were included on the band's debut studio album This Is the Warning in 2010. The band have released four singles from the album; "The Space on the Wall", "Big", "One Step" and "Cage". This Is the Warning has gained the band national and international acclaim.

This Is The Warning (Deluxe Edition)

Next In Line (EP)