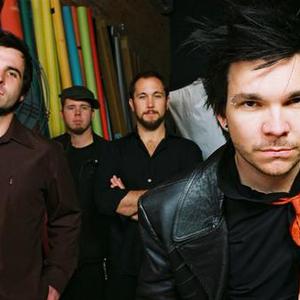 The Butterfly Effect are a hard rock band from Brisbane, Australia, formed in 1999. Since February 2002 the band has toured Australia and Europe extensively, and have performed over 800 times both locally and overseas as a headlining act. The band have performed at all major rock festivals in Australia including Big Day Out, Homebake, Livid and Falls Festival. Their first EP, The Butterfly Effect (EP), was released in 2001, and charted well on the ARIA Independent charts.

Their first EP, The Butterfly Effect (EP), was released in 2001, and charted well on the ARIA Independent charts. This first release, featuring the Triple J single "take me away", was more "nu-metal" than later recordings although contained much of what was to become their signature soundscapes. They followed this with the critically-acclaimed Begins Here, released on 3 August 2003. The album peaked at No. 23 in Australia, reaching gold sales accreditation by mid-2006. It produced the minor hit Always, and attracted considerable critical acclaim

On 17 June 2006, the album Imago was released, with a move towards progressive rock and a less heavy sound. It was produced in Los Angeles by Joe Barresi, who had just produced Tool's "10,000 Days" album. The album was commercially successful, being featured on national radio station Triple J, peaking at No. 2 in Australia in its first week and attaining gold sales accreditation just nine weeks later. The single A Slow Descent also peaked at No. 9 on the singles charts.

Their next album, Final Conversation Of Kings, was released on 20 September 2008. It was produced by Forrester Savill on the Central Coast of New South Wales, and represented a significant change in their sound, but did not match either the commercial or critical success of previous releases despite charting at No.3 in its first week in Australia.

On 6 February 2012, the band announced on Facebook the following message:

The Butterfly Effect wish to inform their fans and media that singer Clint Boge is officially leaving the band to pursue other musical interests. The remaining members of the band, Ben Hall, Kurt Goedhart and Glenn Esmond will continue to work together and will announce their intentions in the not too distant future.

Clint's departure is an amicable one and the band are giving fans a chance to see them perform together for the last time on the club circuit by announcing the ?EFFECTED? national tour starting late April 2012. To celebrate 10 years of recordings The Butterfly Effect is releasing an ?EFFECTED? compilation CD of their best work in April and signed copies will be available at shows on the tour."

The band will be looking a new vocalist after the tour and return late 2012.