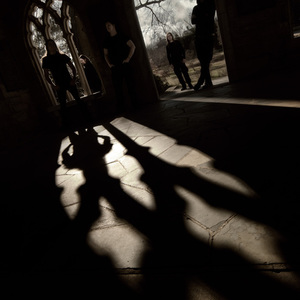 Daylight Dies is a melodic doom/death metal band from the United States. Daylight Dies' music focuses on dark and melancholic emotional introspection. Their music has been described as "textured layers of dark, melodic and melancholic music. Introspection expressed in a mix of beautiful melancholic leads, harsh dissonant rhythms and despair driven hooks ." Some similiarties can be noted with Opeth, Katatonia, Saturnus, The Cure, and Anathema.

Created by Barre Gambling and Jesse Haff in 1996, Daylight Dies is often noted as one of the first American bands of their kind to exhibit a strong scandinavian metal sound. The majority of the metal underground first became aware of Daylight Dies with their demo "Idle" which was released on Tribunal Records in 2000 and featured original vocalist Guthrie Iddings. Egan O'Rourke joined as the bassist in 2001. The band then signed to relapse records in 2002 and released their debut album "No Reply". Daylight Dies toured Britain, Ireland, Belgium and The Netherlands in 2003 with Katatonia, and the United States and Canada with Lacuna Coil in support of the album. After the tour, vocalist Guthrie Iddings left and was replaced by Nathan Ellis. Charley Shackelford also joined as a second guitarist. In late 2005, Daylight Dies signed to Candlelight Records. They released their second album "Dismantling Devotion" in March 2006. Daylight Dies played to capacity crowds in New York city on July 13th and 14th 2006 as direct support for Emperor. The band premiered their first music video for the song "Lies That Bind" on August 9th 2006, which was later accepted by VH1 and MTV. Later that year, they embarked on a 4 week North American tour with Moonspell and Katatonia.

The band entered the studio in December 2007 to begin recording their third album "Lost to the Living". Like "Dismantling Devotion", the album was mixed and mastered by Jens Bogren at Fascination Street Studios. It was released on June 24, 2008. A month prior to the albums release, the band toured with Candlemass across the U.S.

This band creates a style of melodic doom rarely heard outside of Europe, and does so with such proficiency that one may be surprised to discover their American origin.

A Portrait in White

Lost To The Living