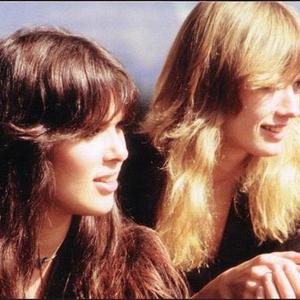 There is more than one artist with this name: 1) Heart got their start in 1963 in Seattle, Washington formed by bassist Steve Fossen and brothers Roger Fisher (guitar/mandolin) and Mike Fisher (producer and sound engineer). The group went by the names Army and White Heart before settling on just Heart in the early 1970s. Ann Wilson joined the group in 1970. Romance sprang up between her and Mike, and she came along when they moved to Vancouver to avoid the Vietnam draft some years later.

1) Heart got their start in 1963 in Seattle, Washington formed by bassist Steve Fossen and brothers Roger Fisher (guitar/mandolin) and Mike Fisher (producer and sound engineer). The group went by the names Army and White Heart before settling on just Heart in the early 1970s. Ann Wilson joined the group in 1970. Romance sprang up between her and Mike, and she came along when they moved to Vancouver to avoid the Vietnam draft some years later.

Soon after the move, Ann's sister Nancy Wilson joined the group. She became romantically involved with Mike's brother, Roger. The band gained a following in Canada and was signed to the small Canadian label Mushroom, which issued their debut album, "Dreamboat Annie", in 1976. "Dreamboat Annie" was recorded with new members guitarist/keyboardist Howard Leese, and drummer Michael Derosier. The album included Heart's first U.S. chart entry, "Crazy on You," which peaked at #35 on the Billboard Hot 100. "Magic Man," the second single from the album reached #9 on the charts and "Dreamboat Annie," the third single rose to #42.

In 1977, Heart moved to CBS affiliate Portrait. This decision didn't go over well with Mushroom owner Shelly Siegel, and a legal battle ensued. After the smoke cleared, Heart's second album "Little Queen" was released on Portrait in 1977. It was a substantial hit, but wasn't the enormous hit their debut album was. Only one single, "Barracuda," from the album made the Top 40 this time around. Curiously, the single, "Heartless," from the unfinished LP "Magazine" released by Mushroom charted higher than Little Queen's other two singles.

Heart's third official album, "Dog and Butterfly", came out the next year. It only managed to reach #17 on the Billboard 200, and showed that Heart's success was declining (at least for the time being). The Fisher/Wilson romances came to an end following the album, and Roger left the group.

In 1980, Bebe Le Strange was released. In 1982, after releasing their 6th album "Private Audition", Fossen and Derosier left the group, and were replaced by ex-Spirit and Firefall bassist Mark Andes and former Gamma drummer Denny Carmassi.

After releasing "Passionworks" in 1983 and switching to Capitol Records, Heart broke in to the pop scene with a self-titled album in 1985 that would be their biggest, resulting in four Top Ten singles, "What About Love?," "Never," "These Dreams," and "Nothin' at All." This album marked a significant turning point for the band as this was the first album the band employed outside songwriters for (only 3 of the songs, and none of the hits, were written by band members) and they went for a much more synthesizer-heavy commercial radio friendly sound. As well as establishing their mainstream success, the album also established the style that would take Heart through the '80s and into the early 90's, a mix of power ballads and pop rock. Further albums in this vein followed in the form of Bad Animals (which netted the band three more Top Ten singles including their second number one record "Alone") and Brigade.

Following Brigade the band went on hiatus, as Ann and Nancy formed an acoustic group dubbed the Lovemongers, with Sue Ennis and Frank Cox.

Returning with 1993's "Desire Walks On", the band continued touring through the mid-90s, and released two live albums, "The Road Home", which features acoustic renderings of some of their biggest hits, and "Alive in Seattle." Heart went on hiatus again in 1997, when the Wilson sisters worked on their acoustic group again. In 1999 Nancy released a solo album "Live at McCabe's Guitar Shop", and she has written scores of individual songs for several of her husband's (Cameron Crowe) films - including "Vanilla Sky", "ElizabethTown" and "Almost Famous". In 2004, the band released "Jupiter's Darling", their first studio album in 11 years, which enjoyed only limited success, perhaps because of the shift away from the power pop sound they became known for at the height of their fame. Anne's first solo album "Hope & Glory" is scheduled for release on 9/11/2007.

2) HeaRt is a Japanese rock band.

They are a group made up from old members of the LOOP ASH band, JOKER who formed officially on the 7/7/05. JOKER's vocalist, Toge, changed his name to Byou and is now the vocalist of SCREW.

They had two guitarists at one point, however, he [Subaru] left the band in 2006.

Fans of the Japanese band should tag them in unicode:
?????

Heart & Friends: Home For The Holidays