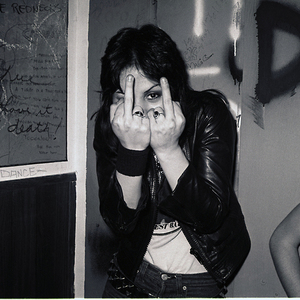 Joan Jett (born Joan Marie Larkin on September 22, 1958 in Wynnewood, Pennsylvania) is an American rock singer and guitarist. She was the guitarist for the rock group The Runaways from 1975 to 1979, after which she released two solo albums - 1980's "Joan Jett" and 1981's "Bad Reputation" - before forming her own group, Joan Jett and the Blackhearts. "The Hit List" (1990), a covers album recorded by Joan Jett and The Blackhearts, was labeled as being by Jett alone.

Fit To Be Tied: Great Hits By Joan Jett And The Blackhearts (Reissued 2006