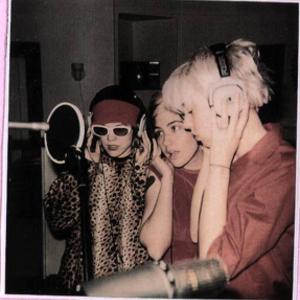 Bikini Kill was an American punk rock band formed in Olympia, Washington, in October 1990. The group consisted of vocalist and songwriter Kathleen Hanna, guitarist Billy Karren, bassist Kathi Wilcox, and drummer Tobi Vail. The band is widely considered to be the pioneer of the riot grrrl movement, and was notorious for its radical feminist lyrics and fiery performances. Their music was characteristically abrasive and hardcore-influenced.

While occasionally collaborating with high-profile acts such as Nirvana and Joan Jett, Bikini Kill was well-known for shunning major labels and the mainstream rock press. After two full-length albums, several EPs and two compilations, the band disbanded in 1998.