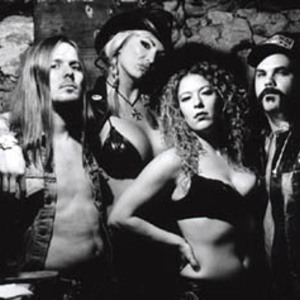 Tracy Almazon, also known as Tracy Wives and Tracy Kickass, played bass in the interim, that is in-between Parks and Campbell.) The group's name comes from Ted Nugent's introduction to "Wang Dang Sweet Poontang" on the "Double Live Gonzo" album.

Pleased To Eat You

From Hell to Texas