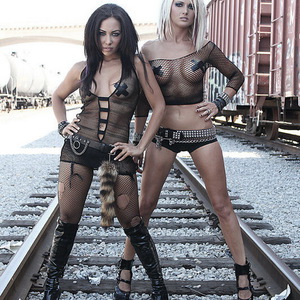 Butcher Babies are a band from Los Angeles, California, made up of Heidi Shepherd, Jason Klein, Carla Harvey, Henry Flurry, and Chris Warner. They consider themselves "slut metal," with their two main screamers being ex-playboy girls. They have been criticized by many for being fake or commercially loose with no talent and are based off the fact they perform almost completely nude. They became famous due to a live video on youtube performing "Fucking Hostile" by metal pioneers Pantera.