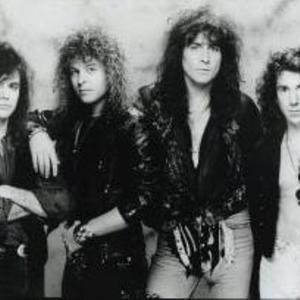 Y&T (originally known as Yesterday & Today) is an American hard rock/heavy metal formed in 1974, Oakland. They hail from the East Bay of the San Francisco Bay Area. The band released two studio albums on London Records as Yesterday & Today in the 1970s, before shortening their name to Y&T and releasing several albums on A&M Records beginning in 1981, as well as albums on Geffen Records, avex records, and others. The band was originally co-managed by Herbie Herbert (who also managed Journey) and Louis "Lou" Bramy. The band has sold over 4 million albums worldwide to date.

The original members of Y&T are Dave Meniketti (lead vocals and lead guitar), Leonard Haze (drums), Phil Kennemore (bass), and Joey Alves (rhythm guitar). Haze was replaced by Jimmy DeGrasso in 1986. Alves was replaced by Stef Burns in 1989. The band officially disbanded in 1991, although they continued to perform sporadically. They offically reunited in 2001 with a lineup of Meniketti, Kennemore, Burns, and Haze. Burns eventually went on to join Huey Lewis & The News and was replaced by John Nymann. Nymann was an old friend of the band who had actually sung backup for the group. In 2006 Haze was asked to step down and was replaced by Mike Vanderhule. The band's signature hits include "Summertime Girls" (which reached #55 on the Billboard Hot 100 in 1985) and "Mean Streak." Their 1984 Album "In Rock We Trust" was their highest selling release, reaching #46 on the Billboard Album Charts and selling over 450,000 copies; coming close to Gold status.

Live At The Mystic CD2

Live At The Mystic CD1