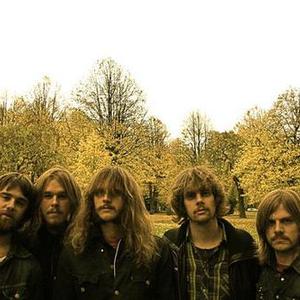 Yes, another Swedish 70's inspired hard rock band! I guess Sweden ranks no. 1 in the world when it comes to this genre. Horisont picks up where Witchcraft and Graveyard laid down the cornerstones and they are out on Crusher Records who also nurses Dead Man. So if you're a sucker for music inspired by Pentagram, Blue Cheer and what not ?.. and you dig denim and long haired guys this is a kick ass record. Horisont is all about blues rock and boogie with heavy riffing and long guitar solos.

But also more Sabbath'ish inspiration may be heard in ?The Unseen? which gives you everything from doomy atmosphere and slow riffing to beauty parts with killer vocal. Half the songs are with Swedish lyrics giving a cool feel to the songs and ?Du R?de? is an ultra slow and emotional track giving you the special Swedish touch also known from a band like Svarta Pan. Killer new band!