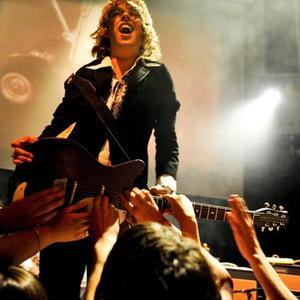 DeWolff is a three-headed rockmonster that crawled right out of the Mississippi mud to shake, rattle and roll the world with some raw, psychedelic sixtiesbluesrock. Armed with a screaming Hammond-organ, a muddy, howling guitar, thunderous drums and a soulful voice, these three wolfmen take you back to those wonderful 60's and 70's, when bands like Led Zeppelin, Cream, Pink Floyd and Deep Purple ruled the world of rock ?n' roll.

DeWolff was founded in 2007 in a town in Geleen, The Netherlands, and consists of Pablo van de Poel, brother Luka van de Poel and Robin Piso. In September 2008, DeWolff released its first EP DeWolff, and after 4 national tv-appearances, a lot of euphoric reviews and more than 100 live shows, in October 2009 DeWolff released their debut album Strange Fruits and Undiscovered Plants.

In January 2011 DeWolff came back with their second album: Orchards/Lupine. You can still hear the 60's and 70's influenced, though the 3 gentlemen of the Dutch band have developed their very own sound.

Love, Death & In Between