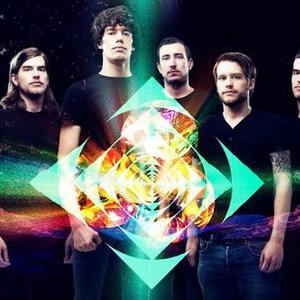 Exit Ten's latest album 'Give Me Infinity is available here. New Sunset EP out now on iTunes (order it), featuring the title track + a cover of Soundgarden's 'Black Hole Sun + 2 previously unreleased tracks. Sign up to the Exit Ten mailing list or subscribe to their RSS feed to keep up to date with all the latest news. ?One of Britain's brightest new hopes and best live bands? pure awesomeness ****? Kerrang

To say that Exit Ten have worked hard to achieve their current status as one of the most promising bands in UK rock and metal would be an understatement. The band's critical acclaim belies their relative youth, and this combined with a iron determination and adept technical skill, makes for a band with world-conquering potential.

Formed in 2000 as a metal covers band, the close-knit four-piece consisted of the three Steele brothers; Chris (drums), twins Stuart and James (guitar and bass respectively) and lifelong friend Joe Ward (guitar). After a lengthy audition process, the Reading band discovered a unique vocal talent in Ryan Redman in 2003 ? his distinctive vocals and aversion to faux-macho screaming, instead opting for soaring melodies, instantly set them apart from their indentikit scene contemporaries.

The following year, in April 2004 Exit Ten ventured into Criterion Studios in London with producer Mark Williams (Sikth, Oceansize, YOURCODENAMEIS:MILO) to record their self titled EP. Their growing reputation for astounding live shows, coupled with the release of their EP rocketed them into the big league ? playing the NME stage of V Festival as well as support slots with Deftones and Avenged Sevenfold and being championed on Richard Branson's reality TV show Richard Branson: Rebel Billionaire was just the start.

The band continued touring & writing, recording their acclaimed mini-album in 2006 with metal producer extraordinaire Andy Sneap (Arch Enemy, Machine Head, Killswitch Engage). 'This World They&rsquo;ll Drown' (2006) brought more attention Exit Ten's way, with national press championing the band as one of the most exciting UK bands around, and tours supporting the likes of Every Time I Die. The band then took time out to focus on their sound and further develop their hook laden prog/metal/rock sound.

The band returned with an album to silence critics, astonish fans, and prove that Exit Ten were back and stronger than ever. 'Remember The Day' was released in 2008 to widespread critical acclaim with the track ?Warriors' made into a single. Throughout 2009 and 2010 the band took the new material on the road on headline tours throughout UK and Europe and in late 2010 the band headed out on the Jagermeister tour alongside Sylosis and The Defiled.

Towards the end of 2010, Exit Ten holed themselves up to begin recording their 2nd full length album with Jon Mitchell at Outhouse Studios (Enter Shikari, You Me At Six, Funeral for a Friend). Entitled 'Give Me Infinity', the album was released on 10th October 2011.