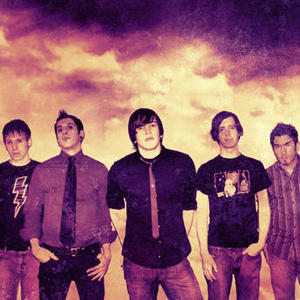 It Dies Today (Buffalo, NY) formed in August of 2001 and create a blend of brutal riffs and punishing breakdowns coupled with huge anthemic and driving melodic sections as well. This dichotomy within their sound has gained them fans across the metal, hardcore and emo scenes as well as the ability to bring both sexes together in the pit. On their formation, most band members were only 16 years old. IDT began to refine and structure their sound into the brutal lullaby it has become.

The group signed with Trustkill Records in 2004, home to hardcore heavyweights such as Throwdown, Walls Of Jericho, Bleeding Through and more.

Fall 2004 brought the release of the band's debut full-length "The Caitiff Choir." The titled and lyrical influences gleaned from the work of Dante's Divine Comedy, the album is a tour of the degradation and moral disintegration within the human mind. The album struck a chord throughout the media and consumer alike, having sold over 75,000 copies and allowing the band to sell out two national headlining tours with support from Bullet For My Valentine, Trivium and others. IDT then played the seminal OZZFEST in 2005.

Their 2006 release ?Sirens? saw them back on the road with Atreyu, Bleeding Through, Walls Of Jericho, All That Remains, Throwdown, Machine Head and The Haunted.