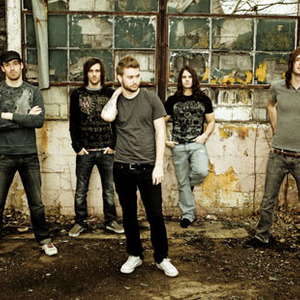 Haste the Day was a christian metalcore band which formed in Indianapolis, Indiana, United States in 2001. They were signed to Solid State Records. Their band is named after a lyric in the hymn ?It Is Well with My Soul?. Even though the band's style is generally considered metalcore, the band describes their music as ?rock and roll with breakdowns?. Vocalist Jimmy Ryan announced his departure from the band in late November of 2005 after accepting a job with their record label, Tooth & Nail Records.

Vocalist Jimmy Ryan announced his departure from the band in late November of 2005 after accepting a job with their record label, Tooth & Nail Records. His last show was in the band's hometown of Indianapolis on December 30, 2005. The remaining members continued on for the European tour with The Juliana Theory, accompanied by Stephen Keech of Denver-based Christian band New Day Awakening. On February 23, 2006, Haste the Day stated in a press release that they had officially made Keech their new permanent singer.

Haste the Day's DVD was released as part of the special edition of Pressure the Hinges. The DVD features all of the band's current music videos, including ?The Closest Thing To Closure?, ?American Love?, and ?When Everything Falls?. It includes live footage including Jimmy Ryan's last show, a show with Stephen Keech from The Truth Tour (w/ Bleeding Through, Between the Buried and Me, and Every Time I Die), and behind the scenes antics. The DVD was produced by Full Lock Media.

After releasing Pressure the Hinges and finishing up the ?12 Days Of Christmas Tour? with Calico System, Heavy Heavy Low Low and Flee the Seen, the band began another tour with From Autumn to Ashes and Maylene and the Sons of Disaster.

Haste the Day finished work on their album titled ?Dreamer', which was released on October 14th 2008. Dreamer takes a much darker path, musically, than their previous albums, with much deeper vocals employed as well as more ominous and deep guitar work. Although this album yet again differs from the previous albums released it still highlights the depth and skill that this band presents.

The band announced that the Twelve Days of Christmas Tour would mark the final shows that drummer Devin Chaulk would play with the band, as he felt that he was being called into full-time ministry. On December 20, 2008, the band played their last show with Devin Chaulk at a home show in Indianapolis.

Haste the Day recorded their new album at Andreas Magnusson's studio in Richmond, Virginia, and the album was released on June 29, 2010. The first single, "Travesty" was released to their MySpace profile on May 4, 2010. On June 29, 2010, Haste the Day celebrated the release of Attack of the Wolf King in Bloomington, Indiana where the original lineup (Jimmy, Brennan, Jason, Mike and Devin) came back to perform on stage for the first time since December 2005 to play songs from the first two LP's and EP, and the new Haste the Day lineup played the newer songs. The show was filmed for a DVD release.

On November 22, 2010 Haste The Day announced that they were "calling it a day" stating on their website "There are many reasons why HTD is ending, however we mainly feel as though we have created the best music we can and believe it is now time for us to move on to the next stage of our lives." A U.S. tour in February/March 2011 were the final shows for the band. The next day, November 23, the first three full length albums were re-released in one package entitled Concerning the Way It Was.

Best Of The Best

Attack of the Wolf King

That They May Know You (EP)