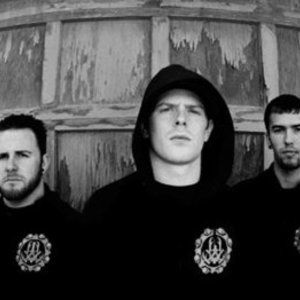 Sinai Beach is an intense metal band from Riverside, CA. The band was formed in early 2000 by C.J. Alderson, Logan Lambert, Mike Dunlap, and Jeff Santo with the intention of playing hard music with a message of hope and change. After a couple of demos and 2 years of hard work in the local scene, Sinai Beach was ready to take the world of heavy music by storm. Jason Dunn signed the band seeing their storng work ethics and improvements in both their music and their stage presence in the previous couple years.

Mike Risinger showed up in time to contribute to the release "When Breath Escapes," thus the lineup was then complete.

Sinai Beach incorporates chugged breakdowns, powerful single-note droning riffs, forced vocals, and some singing to add a little flavor. The result is a beautifully destructive sound. Drawing influences from the likes of Soilwork, Killswitch Engage, Fear Factory, Machine Head, Overcome, Hatebreed, and Metallica, Sinai Beach will be a sure favorite of those interested in straight-up heavy music. The message is real and strong, the band addresses issues ranging from death, suicide, humanity's shortcomings, and the prevailing influence of God in their lives. "We are a Christian band, and you know what? We get angry and deal with problems just like everybody else!" says Mike Risinger when asked about the band's stance in the metal and hardcore scene. In a scene focused on "who's more hardcore than who" style, and social clicks, Sinai Beach just wants to be real and have fun doing it.

Sinai Beach has had the pleasure of sharing the stage with: Bleeding Through, Blood Has Been Shed, Shadows Fall, Hatebreed, Meshuggah, Strapping Young Lad, Living Sacrifice, Shai Hulud, No Innocent Victim, Overcome, Throwdown, Bane, and many more. "When Breath Escapes", their full-length debut on Facedown Records, is available now and has been praised by many respectable websites and magazines. The band is working hard at touring and staying consistent with writing new music and more hard hitting lyrics for the world to hear. Look for them tearing up a town near you very soon!