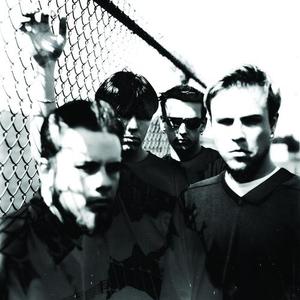 Training for Utopia (TFU) was a metalcore and industrial metal band which existed from 1996?2000. They drew comparisons to bands such as Meshuggah due to their use of odd time signatures and poly-rythms. The band first signed with Tooth & Nail Records and was later moved to Solid State Records, the Tooth & Nail metal imprint. Training for Utopia subsequently became popular in the metal scene during its active years.

Their brief existence included a tour with Zao and Spitfire. It was during this time that the band hired Carlos Colon for their 1998 tour providing synthesizers to their live show. The result was a chaotic and loud sonic assault that stretched across the United States and back. Immediately following the tour Carlos left the band to pursue other aspirations. After a temporary hiatus the band returned with their second full length "Throwing a Wrench into the American Music Machine". After a small tour of the material the band disbanded.

At the demise of Training for Utopia, members Ryan and Don Clark announced that they were starting a new project called The American Spectator which never was realized. Don and Ryan Clark started "Asterik Studio" in Seattle, a graphic design shop where they completed many projects, including album artwork for former label-mates. In 2002, they founded the metal band Demon Hunter.

Throwing A Wrench Into The American Music Machine