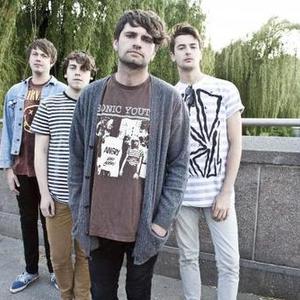 Lower Than Atlantis are a Watford, UK based band, started in 2007 by Mike Duce and Ben Sansom. They have since released their debut CD 'Bretton' via Thirty Days Of Night Records. Their full length, titled 'Far Q' was released in March 2010. In April 2011, their 2nd full length "World Record" was released via Wolf At Your Door Records. They have currently finished recording their 3rd full length album, entitled "Changing Tune" which is slated for release October 1st, 2012 via Island Records.

They recruited Declan Hart on Bass and Eddy Thrower on Drums to complete a stronger lineup and hope to continue touring the UK, Europe and possibly the USA