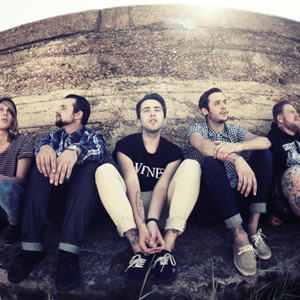 Your Demise is a five-piece band from St Albans, Brighton and Salisbury in the United Kingdom. They began in 2005 and have shared stages and tours with Biohazard, Comeback Kid, Bury Your Dead, Enter Shikari, The Devil Wears Prada, Miss May I, Parkway Drive and A Day to Remember. On 22 September 2008, the band confirmed that they had signed a deal with Visible Noise. They recorded their Visible Noise debut between 16 November 2008 and 13 January 2009 at Outhouse Studios in Reading, England.

The band released their second album Ignorance Never Dies in April 2009 embarked on a 3 week tour of Europe & UK, starting 20 April 2009, with Deez Nuts, More Than Life and Lower Than Atlantis. The band then signed with Earache Records in North America, and with Shock Records in Australia.

Since the release of Ignorance Never Dies, the band split from vocalist George Noble and recruited former Centurion frontman Ed McRae. Shortly afterward, Your Demise toured the UK and Europe with Misery Signals in August and September 2009 and then continued to tour Scandinavia with Raised Fist in early October, followed by a European run with The Devil Wears Prada.
The band finished recording their third album, The Kids We Used To Be, on 16 June 2010. It was released on 20 September in the UK, Japan & Europe. In the U.S. it was released on 25 October.

On 6 September 2011 the band announced via Facebook that their fourth album will be called The Golden Age and was released 26 March 2012, and featured many well-known guest vocalists.