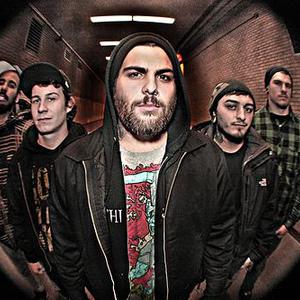 Returning with their most diverse and mature album, Endwell have raised the bar for themselves with Punishment. The Queens, NY outfit have been turning heads over the past several years in heavy music circles. Taking more of a Metallic approach this time around Endwell has crafted an album that won't confine itself to one attack. Working a plethora of new elements into the songs including moody chords, ambient vocals, black metal tones and a thick rhythmic attack and even a dose of American and European Death Metal ."

Sean Murphy accounts for the shift as ?The new album really drew influences from everywhere. We've got guys obsessed with the Beatles and Elliott Smith. I'm obsessed with black metal and electronic music. But we all share a love for 90's hardcore and death metal. One thing we stayed away from was writing a basic verse/chorus structure like our older material. Its really hard to make something unique in the scene AND get noticed. The music industry just like all facets of media has developed extreme ADD. Its as if there's no time to develop anymore. You're either in or you're out. So I feel as though the past few albums have been us toying around with what we like and what we can do but its all led up to this and we're not going to stop growing and changing.?

Forming in 2003 and releasing three previous albums, the band's adversity has been well documented. Keeping an ever shifting lineup across albums and problems with their former label. Murphy admits "When I started thinking of names for the record it didn't take long to land on 'Punishment' It was a subject that I had been unintentionally focusing on for quite some time lyrically, it's essentially the main driving force behind this band. We've given up everything for this, which might sound cliche but when you really look at it, its the cold truth. Money, health insurance, school, cars, girlfriends, birthdays, weddings, funerals, sleeping in your own bed, being comfortable, sanity, safety, a general sense of well being, eating right, eating at all some days and even hanging with your pets are some of the things that people take advantage of every day. When you're playing music every day in a new state or a new country these things just aren't in the cards. For us its always been about sacrificing one good thing for another, usually more fulfilling thing and in this case we welcome the punishment, it drives us to succeed.

In true hardcore fashion band members share time with other outfits including Pieter and Mike who are also in This Is Hell and Matt who plays in the current line-up of Deez Nuts. Murphy also filled in on vocals for a tour with As Blood Runs Black (on a tour that Endwell was also on!) and has a side project with Jesse from Emmure.

Endwell has toured with bands such as Emmure, As Blood Runs Black, The Ghost Inside, For The Fallen Dreams, A Day To Remember, Terror, Comeback Kid, It Dies Today, Deez Nuts, This Is Hell, The Amity Affliction, Shai Hulud, Oceano, Thick As Blood, Lionheart and Stray From The Path.