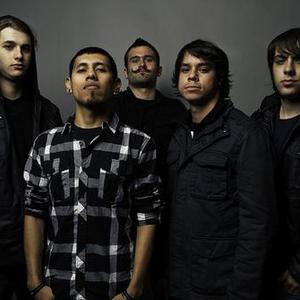 As Blood Runs Black is an American deathcore band from Los Angeles, California formed in 2003. They are signed to Mediaskare Records on which they released their debut album, Allegiance on June 6, 2006 [666]. Their album along with extensive touring in the United States brought considerable success making the band a well-known act. Their influences range from Melodic Death Metal to Metalcore. During 2007's The Summer Slaughter Tour, drummer Lech was kicked out the band due to personal differences with the other members.

During 2007's The Summer Slaughter Tour, drummer Lech was kicked out the band due to personal differences with the other members. He was replaced with Ryan Thomas from the band The Serpent Son. This event led to some serious online bashing from fans, as Lech was their only remaining founding member who in fact recruited the other members of the Allegiance lineup, and wrote much of Allegiance's material beforehand. This also brought dismay to the fans as Allegiance was mostly noted by Lech's unique and extremely technical drumming style.

In 2008, vocalist (Chris) and guitarist (Sal) left the band to settle down and after their departure Lech was recruited back into the band. Later In 2009, lead guitarist (Ernie) decides to leave the band to settle down and pursue school. In 2010, Lech recruited Greg Kirkpatrick (Gift of Prophecy), Daniel Sugarman (Fallen Figure) and Sonik Garcia (Fallen Figure).