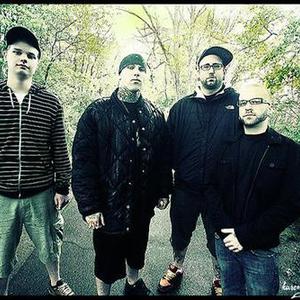 The Acacia Strain is a Metalcore band from Chicopee, Massachusetts, US that formed in 2001. The band have since undergone numerous changes in their lineup. To date, they have released five studio albums, as well as two split albums. The Acacia Strain have said they dislike genre labels, and instead describe themselves as "Heavy." "You might hear other music that sounds like it, but those bands can't touch what we have. We have heart. We mean it." Lyrically, they base their music on "hatred, nihilism, humanity's dependence on technology, and abhorrence for existence.

Their sound has been compared to Whitechapel, Oceano, Recon, and Emmure.
The current lineup consists of:

It Comes In Waves

Money For Nothing (EP)

Death Is The Only Mortal

Servant In The Place Of Truth (CDS)

The Most Known Unknown: Live At The Palladium