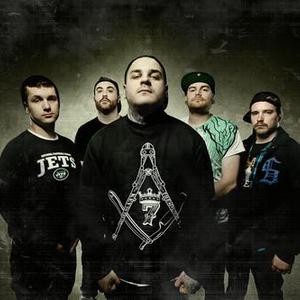 Emmure is an American deathcore band formed in 2003. Originally based in New Fairfield, Connecticut, but now residing in Queens, New York, the group has a total of seven releases. Lyrical topics that Emmure touches upon usually focus on breakups, murder, social indifference, sexual deviance, philosophy, and religion. Many of the band's songs contain references to video games and comic books, particularly from Street Fighter and Marvel Comics, of which vocalist Frankie Palmeri is an avid fan. The band's name "Emmure" is a reference to immurement, a form of execution.

Emmure was started when Frankie Palmeri (from Queens, New York) met Joe and Ben Lionetti (from New Fairfield, Connecticut) and Dan Steindler (from Mahopac, New York) through an internet message board. Palmeri then traveled to Connecticut to begin rehearsals together. Bassist Mark Davis and guitarist Jesse Ketive, residents of New Fairfield and Queens, respectively, then joined when the three began another recruiting search for members. Ketive was formerly in the band Warfix, in which he played guitar alongside Bryan Goldsman of Southside Panic.

With their two demos entitled Nine Eleven Zero Four and Demo 2005 they attracted the attention of This City Is Burning Records through which the band released their debut extended play The Complete Guide To Needlework. Victory Records took notice of the band after the release of their extended play and signed them. They released their first full-length album Goodbye To The Gallows in 2007. The band has been signed to the label ever since. Their second, third and fourth albums The Respect Issue (2008), Felony (2009) and Speaker of the Dead (2011) were all distributed through Victory. After the band's initial four-album contract with Victory expired, they signed again with Victory to distribute their fifth studio album Slave to the Game (2012) as well.

Slave To The Game

Speaker Of The Dead

Goodbye to the Gallows

The Complete Guide To Needlework