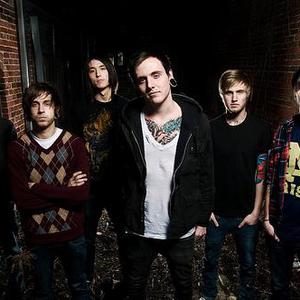 Chelsea Grin is an American deathcore band from Salt Lake City, Utah. Formed in 2007, the group is currently signed to Artery Recordings and have released two EPs (Chelsea Grin in July 2008, and Evolve in June 2012) and two full-length albums, the latest being My Damnation (July 2011). The name of the band is derived from the torture method of the same name. Chelsea Grin was founded in Salt Lake City during March 2007 by vocalist, Alex Koehler and (former) guitarist Chris Kilbourn.

Chelsea Grin was founded in Salt Lake City during March 2007 by vocalist, Alex Koehler and (former) guitarist Chris Kilbourn. Prior to being named Chelsea Grin, Koehler and Kilbourn were in local Salt Lake City band named "Ahaziah", which was the forerunner band to Chelsea Grin. Ahaziah over time lost most of their original line-up, leading the group to change their name to begin something new. In March 2008, the band named themselves Chelsea Grin, naming themselves after the infamous torture maneuver known as the Glasgow smile or "Chelsea grin".

New members recruited after the beginning of this new project were bassist Austin Marticorena and lead guitarist Michael Stafford. Marticorena introduced Andrew Carlston to Chelsea Grin and assisted in rewriting their current songs as well as the creation of new material. This writing process lead to the tracks listed on their first release, Chelsea Grin EP, that was first streamed and released online through iTunes and then released in Compact Disc format worldwide on July 27, 2008. The band released the songs "Crewcabanger" and "Lifeless" as singles, both of which were received by listening audiences very well.

Following the release of the self-titled EP in July 2008, the signing to Statik Factory Records, and a few small successful west coast tours, in April 2009, original drummer, Carlston, decided to return to the band replacing, Shilling, and guitar player, and original member Chris Killbourn then left the band to start his own record label, Matchless Records. Shortly thereafter, the band nitched Jake Harmond once again as their substitute rhythm guitar player until the band could find a permanent member.

Soon after the band started to write the follow-up to the self-titled EP, they decided to take a new route and switch Davis Pugh from being bassist into being a third guitar player after David Flinn joined the band as bassist. The band then was added to a small, week long Canadian run in June 2009 with The Agonist, A Plea for Purging, Arsonists Get All The Girls and Statik Factory labelmates, Attila. After the successful tour, fill-in guitar player Jaek Harmond decided to become a full-time member, and the band joined into a contract with Artery Foundation representatives, Mike Milford and Eric Rushing whom then booked studio time for Chelsea Grin to record their debut full-length, Desolation of Eden at Lambesis Studios in San Marcos, California during August 2009. The album was produced by As I Lay Dying vocalist and studio founder, Tim Lambesis. One week prior to heading into the studio, guitar player Davis Pugh decided to leave the band, and was replaced with ex-bandmate of Jaek Harmond; Dan Jones, of another local Salt Lake City band, Hermione. Whilst in the studio the band inked a deal with Artery Recordings, a label that was imprinted between The Artery Foundation and Razor & Tie.

In August 2010, while the band was in Richmond, Virginia on the Thrash and Burn tour, vocalist Alex Koehler received a serious injury to his jaw, having it fractured in three places, which required the band to drop off its final week. Koehler was rushed out of the venue receiving surgery. Despite this, the band still carried out their two-week tour with Blind Witness and Attila on during September 2010, which had Koehler substituted with Adam Warren of Oceano.

Two songs that debuted on the band's self-titled EP; "Cheyne Stokes" and "Recreant", were re-recorded for Desolation of Eden. As of December 2010, the album has sold over 15,000 copies. There are currently two music videos from the record, "Sonnet of the Wretched" and "Recreant".

Chelsea Grin finished writing and recording their second full-length album in June 2011, where the title for it was revealed as being My Damnation. It was released the following month on July 19, 2011. On April 17 Artery Recordings released the title track, My Damnation, as the album's lead single off the album, having a music video produced for it weeks later. The song "All Hail the Fallen King" featuring Phil Bozeman, vocalist of Whitechapel, also premiered before the record's release.

Chelsea Grin are set to play the entire Warped Tour 2012. At the same time of the Warped Tour announcement, plans for releasing a 5-song EP were confirmed. During December of the year, lead guitarist, Michael Stafford left the band. Born of Osiris (and former All Shall Perish) guitarist, Jason Richardson took up Stafford's position until further notice. Stafford explained that he could not bear touring anymore along with other reasons for the explanation of the departure. Less than a week later, Richardson was kicked out from Born of Osiris, and then immediately switched his position as a substitute member for Chelsea Grin to a permanent member.
An EP scheduled for a summer 2012 release has been confirmed. It will contain five tracks of new, original material. Accordingly it will be titled Evolve and will be released June 19, 2012. Artery streamed a song from the upcoming EP, titled "Lilith" on May 9, 2012.

Andrew Carlston has apparently quit the band in May. Though an explanation has yet to offered up, Carlston recently had a daughter and seemingly wants to spend more time with his new family.