Thy Art Is Murder 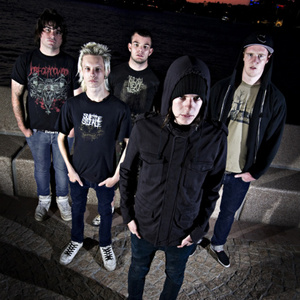 Thy Art Is Murder is a five-piece deathcore band hailing from New South Wales, Sydney, Australia. They have a 2005 self released demo titled This Hole isn't Deep Enough and a 2008 EP released under Skull And Bones Records titled Infinite Death. In July of 2010, they released their debut full-length album The Adversary in Australia and to iTunes. Thy Art is Murder is categorized by their extreme sound. Their sound is centered around their well-timed drum beats and dueling down tuned guitars.

The bands lyrical content has often been controversial, containing thoughts on brutal forms of murder and the refutation of organized religion.