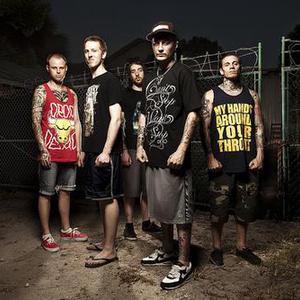 The Red Shore was a death metal outfit from Geelong, Victoria, Australia formed in 2004. The band claims their style is a combination of death metal and technical death metal, drawing their influences from bands such as Hate Eternal, Devourment, Decapitated and Behemoth. The Red Shore signed to Big Phat Adelaide Records and Modern Music in 2006 and released their first EP, Salvaging What's Left. On tour late December in 2007, the band suffered a fatal blow when a tour van accident resulted in the loss of both lead vocalist Damien Morris and their roadie/merchandiser Andy Milner.

The Red Shore signed to Big Phat Adelaide Records and Modern Music in 2006 and released their first EP, Salvaging What's Left. On tour late December in 2007, the band suffered a fatal blow when a tour van accident resulted in the loss of both lead vocalist Damien Morris and their roadie/merchandiser Andy Milner.

The members decided to continue as a band: Jamie Hope, the band's previous bassist, stepped up to the mic in early 2008, with Jon Green, formerly of Picture The End, taking on board the consequently vacant position of bassist. The band signed to Siege Of Amida records. Constant touring and a fierce live presence coupled with the release of their 2008 album 'Unconsecrated', have established the band a strong following not only in their home state, but throughout Australia and also select international recognition.

In late 2009 vocalist, former bassist and founding member Jamie Hope left the band. Leaving Jason Leombruni to be the last founding member to remain in the band. Taking his place as full time vocalist is Chase Butler (ex-Before The Throne).

Their second album, The Avarice of Man, was released in September 2010. It is the first to be released through Roadrunner Records Australia and the first to feature Chase Butler as vocalist.

The band announced via Facebook on October 5th, 2011 that they would be splitting up due to growing up and having other side projects.

"It is with much love, respect & regret that we have to announce the end of The Red Shore. The members have moved onto other projects and different stages of life, which meant that the band could not continue.

The Red Shore has been such a large part of our lives and we the members past and present would like to take this opportunity to thank everyone for all of their love and support over the years, through the good times and the bad, ups and downs. You gave us the strength to carry on and for this we are eternally grateful.

We would like to also thank all the bands who helped out and our labels who helped push us. B.P.A records, Stomp, S.O.A.R, Rise, Mediaskare, Roadrunner Australia, Listenable.
Not to mention all the endorsements, Pearl, Sabian, Pro-Mark, Schecter, Ampeg, Godlyke, Framus, Peavey, Drop Dead, To Die For, Macbeth.

We are very proud of our achievements and have many great memories, so once again thanks for making our dreams come true & stay tuned for TRS members new projects!

The Avarice Of Man