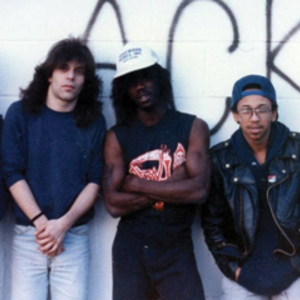 Suffocation, one of the earliest American death metal bands. They approached this genre in their own style, revolving around heavy, uniquely rhythmic riffs to create a sub-genre of the form often termed "brutal" death metal - also known by many as "New York Death Metal," or "nydm" for short. Others in this form include Immolation, Incantation, Deathrune, Morpheus Descends, Infester and many others.

The band formed in 1990 and has since released many highly-regarded recordings on several labels, including the former powerhouse of the genre, Roadrunner. Their debut, Effigy of the Forgotten, is considered a classic by most, topping the charts of many fans' "all-time favorites" lists. Also worth noting is their debut EP, Human Waste, which was the first official release on relapse records in 1991.

The band went through a few member changes before briefly disbanding after their release, Despise the Sun (1998), coming back together in 2002, later in 2004 releasing their next album Souls To Deny. A video for the song, Surgery of Impalement, has been featured on such outlets as Headbanger's Ball and Uranium.

In 2006, They released the self-entitled, Suffocation on Relapse. A videoclip was made for the song, Abomination Reborn. The song and (most of) the band was featured in a commercial for, appropriately enough, The History Channel's series, Dark Ages.

In 2007, the band left Relapse Records. Their next album, Blood Oath, will be released through Nuclear Blast Records, with whom the band signed in September, 2008. There is a rumored concert DVD in the works, but contractual disputes and alleged theft of the source material have delayed the project.

In early 2012, Mike Smith announced his departure from the band. For the remaining shows that year, Dave Culross of Decrepit Birth replaced him on drums.

...Of the Dark Light

The Best Of Suffocation

The Close Of A Chapter (Live)

Pierced From Within (Reissue)

Effigy Of The Forgotten (Reissue)