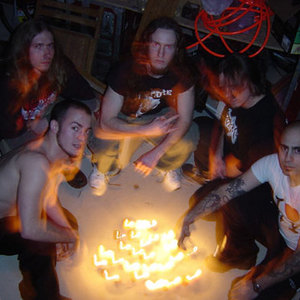 Pyrexia is an extreme death metal band from New York.In 2001, the entire then-current lineup teamed up with ex-Obituary guitarist Trevor Peres to form Catastrophic. After an album was recorded, Chris Basile (the one constant Pyrexia member throughout their career) left that band, and has since recruited an all-new Pyrexia lineup. A new CD, Cruelty Beyond Submission, featuring eight remastered older tunes and three brand-new ones) was released in 2004.

Age Of The Wicked

System Of The Animal