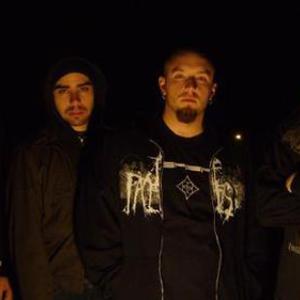 Odious Mortem is a brutal technical death metal band formed in 2000 in California, US by Dan Eggers (guitar, vocals), David Siskin (guitar / 2000 - 2006) and KC Howard (drums). After a few years of off and on composition, Odious recorded their demo ?Gestation of Worms? in 2003. Soon after that, they were introduced to Matt Sotelo (Decrepit Birth/Legion Studios) and inevitably made arrangements to record a long awaited full length.

Once completed, unmastered promo copies of the recording were sent around to different labels. Not too long after that, they made a deal with Unique Leader Records in 2004 who released their debut album ?Devouring the Prophecy.?

After finishing the writing for their second album in late 2006, Odious entered the studios with Zack Ohren of Castle Ultimate in Oakland, CA. The new album, "Cryptic Implosion," released April 2007, is currently available on Willowtip Records.