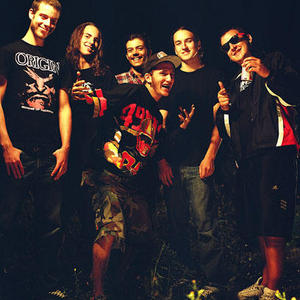 1. Animosity was a deathcore band from San Francisco, California that formed in 2000. They released their debut album, Shut It Down, on Tribunal Records in 2003, when the members of the band were 16 and 17 years old. In 2005, they released their second disc, Empires, on Metal Blade's imprint Black Market Activities and toured the United States with Origin and Malevolent Creation. Their third album, Animal, was produced by Kurt Ballou of Converge and released in October of 2007. They have also toured Europe with Converge and Belgian hardcore/punk band Rise and Fall. Disbanded in 2009.

2. Animosity was a thrash metal band from Colorado Springs, Colorado which formed in 1986.
They released a demo in 1988 and an EP entitled "Get Off My Back" in 1989.
3. The third power/thrash metal Animosity from the United States was from Bloomington, Minnesota, and released two demos.
4. There was also an Animosity that existed in the UK, Netherlands, and Hungary.
5. Animosity is the name of a rapper that can be found on iTunes.

Get Off My Back (EP)