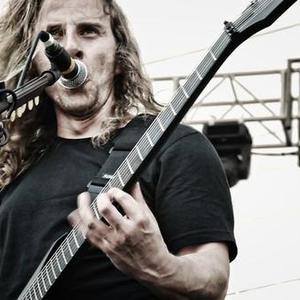 Necrophagist was founded in early 1992 in Karlsruhe, Germany to integrate the fury of grinding, fast death metal with technical music. In April 2008, Necrophagist announced that Romain Goulon would be joining the band as their new drummer, replacing Minnemann, who would still be working with Muhammed Sui?mez on a side project. The band is writing a new, yet untitled album. Muhammed Sui?mez stated that the band would be using seven-string guitars on the album. Muhammed Sui?mez himself will be recording with a new custom shop Ibanez Xiphos guitar consisting of 7 strings, as well as 27 frets.

In 1995, Necrophagist re-entered the studio and recorded a self-titled, follow-up demo. The demo's impact sent shock waves through the European underground death metal scene, which helped Necrophagist not only establish their gruesome name, but allowed the band to play numerous shows all over Europe. Soon Necrophagist was recognized as one of the leading bands in the growing underground progressive/technical death metal scene.

With 'Onset of Putrefaction' NECROPHAGIST reanimated the brutal death metal genre that many had left for dead. The overwhelming response to 'Onset of Putrefaction' helped NECROPHAGIST secure highly sought after support slots with such extreme music luminaries as CANNIBAL CORPSE, NAPALM DEATH and SINISTER. This attention further blossomed into NECROPHAGIST's appearance at numerous festivals, including the Fuck The Commerce in Germany, the legendary Brutal Assault in the Czech Republic and the Maryland Deathfest in the United States.

In mid 2004, NECROPHAGIST had signed to Relapse Records and unleashed the album 'Epitaph'.

As of present day, NECROPHAGIST have talked about getting away from Relapse Records because of touring issues in the Unites States. A quote from frontman Muhammed Suicmez, "(They) told us not to tour the U.S. because they would not like us,".

In April of 2008 it was announced that Romain Goulon would join the band thus taking on the duties of drumming for the upcoming album. It was also announced that former live drummer Marco Minnemann and Muhammed Suicmez would be forming their own separate band. The name of this band, as well as its musical style remains to be seen.
Line-Up: