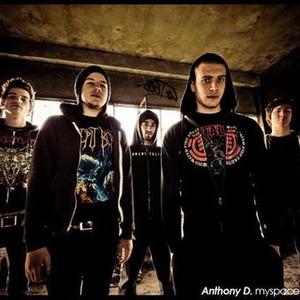 The Bridal Procession started walking in the winter of 2006. And immediatly started writting out loads of different songs with different influences from every member. This until some line up changes. New member bringing fresh air in the band after a year of hard work. Taking the band a lot more seriously after it, the sound changed, took another shape and became heavier,faster and just what the mix of every members influences had to sound like.

After several tours and big shows, TBP started getting a real fan base showing up at their shows. It's now time for the band to prove what they're able to achieve, by the release of their upcoming debut album "Forever" set to be released early next year, and their first full European tour this summer/fall '08 with Salt The Wound(USA). End of '08 and '09 are set to be really productive and busy for TBP, as they're now a strong five piece ready to conquer Europe and hopefuly the rest of the world!

Their EP "Introduction To The Procession" is available for download on the Myspace page.