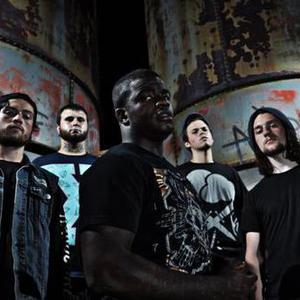 Oceano is an American deathcore band from Chicago, IL, formed in 2006. The band signed to Earache Records and released their debut album, Depths on April 7, 2009. Their second album, Contagion was released on November 9, 2010. In 2012, a rumor passed that Oceano would be breaking up, but it was confirmed that the band is staying together and will be releasing a third full-length album in 2013.

Upon its formation in 2006, the band then featured 6 members and performed at local venues in the Chicago area. Their most prominent song then was "Candyman".
Carrol gathered Chicago guitarist Andrew Mikhail, vocalist Adam Warren, drummer Michael Southcomb and bassist Kevin Hare to form Oceano's first full line-up in 2007. After a year, Southcomb and Hare parted ways with the band. They were soon replaced by drummer Daniel Terchin and bassist Jason Jones. Oceano signed to Earache Records in 2008 after gaining a notable local following. Oceano recorded their full debut album Depths in late 2008, releasing it worldwide on April 20, 2009.

Jeremy Carrol was fired from the band in January 2009 due to personality conflicts between members. On February 3, 2010 their lead guitarist, Andrew Mikhail, departed from the band.
Oceano was a part of the 2011 Summer Slaughter Tour in North America alongside co-headliners Whitechapel and The Black Dahlia Murder.

In January of 2012, a rumor spread that the band was disestablishing, which was confirmed as false by Earache. Instead, an announcement was made that the band is actually going on a short hiatus after their performance at the New England Metal and Hardcore Festival due to vocalist, Adam Warren, becoming a father. After some time spent away from the band, however, Oceano decided not to disband, and to continue touring. They also revealed that they had begun writing their next album, due by early 2013.