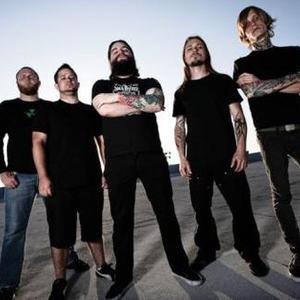 All Shall Perish is a deathcore quintet from Oakland, California formed in 2002, and are consistently cited by critics as one of the best bands in the genre. All Shall Perish combines various genres, including death metal, deathgrind and metalcore. Since 2005, All Shall Perish have delivered three records off of Nuclear Blast. The debut album, Hate, Malice, Revenge, was originally released by Japanese record label Amputated Vein Records in 2003.

In 2005, it was re-released by Nuclear Blast and since then has received mostly underground acclaim. In 2006, The Price of Existence was released to largely positive critical reaction. The first single, "Eradication", was made into a video and is played on MTV2's Headbanger's Ball.

Guitarist Caysen Russo and vocalist Craig Betit only appear on the band's first studio album, they were both replaced, respectively, with Chris Storey and Hernan "Eddie" Hermida by the time of their second release.

Matt Kuykendall has commented on the origin of the band's name, how he came up with it: "Sitting in my room in Berkeley, California, reading news websites and thinking about the fucked up shit going on in the world and my own life at the time. The name itself is a simple truism, but it's something that we all too easily forget."

All Shall Perish have completed several successful tours across America in the past year, sharing the stage with a variety of fellow deathcore groups, including acts such as Suicide Silence, Through the Eyes of the Dead, The Red Chord, The Acacia Strain, Misery Index, Job for a Cowboy, Antagony, among many others. The band maintained a blog during their early 2006 tour, known as the Spreading Disease tour. It can be read on the band's official web page, as well as on their MySpace page. All Shall Perish has recently had a tour with Stick to Your Guns, War of Ages, The Warriors, and Terror. They were also on The Darkness Over Europe 2007 tour with Bleeding Through, I Killed the Prom Queen and Caliban. They often add a cover of the song "Breaking the Law" by Judas Priest to their setlist. They recently headlined a tour with support from Emmure and From a Second Story Window. Bray Almini occasionally fills in for Mike Tiner on bass during tours. They are touring Europe in early 2010.

While touring in Australia on December 19, a van carrying people associated with the tour crashed north of the town of Coffs Harbour. The members of All Shall Perish were uninjured, but the lead singer and roadie of death metal band The Red Shore were killed.[1][2]

The band have recently released a brand new full length entitled Awaken The Dreamers, taking on a new sound which seems to venture away from the core and more into the metal. They have since stated they are working on a follow-up.

On Wednesday, February 5, 2009, Chris Storey announced his departure from All Shall Perish. They have already recruited another guitarist and will continue playing the currently lined up shows on their tour.

But recently their newest guitarist left the band to join Born of Osiris and was replaced by Francesco Artusato Former lead gutarist of Hiss of Atrocities.

This Is Where It Ends

The Price of Existence