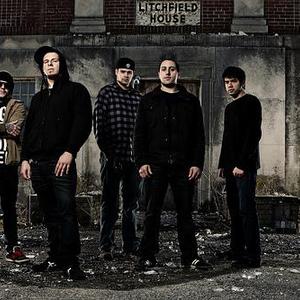 Recognizing the talent and passion of Massachusetts natives, WITHIN THE RUINS, it's no wonder Victory Records added them to its growing roster. This quintet is armed with a unique take on blending technology and metal together to write music that sets their band apart from the numerous metal bands today. WITHIN THE RUINS have mastered their technique of bringing breakdowns, riffs, tempo and a dash of personality together in order to form one cohesive entity.

The development of WITHIN THE RUINS first began in 2002. That was when founding members Joe Cocchi (Guitar) and Drummer (Drums) began taking a more serious approach and started heading out on the road, doing DIY tours from 2006-2009. At that point in time the lineup was comprised of Tim Goergen (Vocals), Mike Beaujean (Bass), and Kyle Marcoux (Guitar), in addition to Cocchi and Drummer. As things progressed for the band, January of 2010 brought change when Jay Van Schelt (Guitar) was brought in to replace Marcoux; this change refueled the band to write their best record to date entitled INVADE