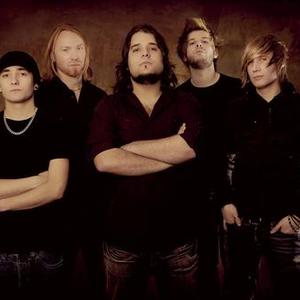 Originally formed in late 2004, Forever Never are a metal band from Essex, UK with something a little bit extra than your average metal band, drawing influences from a much wider scope than you might expect. Rhythmical, heavy and dripping with melodic twists and technical turns, FN take inspiration from Meshuggah, Michael Jackson and Machine Head in equal measures. As likely to hear a 3 part vocal harmony...

The debut album ?Aporia?, received much critical acclaim upon its release in March '06 for its ?song writing craft and sheer power (Kerrang! 4/5)?, and it is upon these laurels that FN now build on working towards their sophomore release, which is penned for late 2008. A teaser of what to expect has been unleashed to the public in the form of a limited edition CD. ?Empty Promises?, which also had an accompanying promo video and received extensive airplay on Kerrang TV, Radio 1, BBC Radio 6 (Bruce Dickinson Show) and local radio, is accompanied by an additional two tracks: ?Break The Trend?, which featured on Metal Hammer Magazine's Covermount CD for November 07, and ?Thanks For Letting Me Know?, which featured on Rock Sound's ?One's to Watch in 2008' CD at the close of 2007. All three tracks, yet again highlight a band with intent and their own individual identity and are a natural progression from the already sterling examples offered on the debut album. The new material written for the second album carries on from where the first left off: melodic and undeniably heavy, but with a new honed sound, making them more accessible and more memorable than ever before.

The new self-titled album is OUT NOW on Siege of Amida Records.

The album has already received 4K's in Kerrang magazine, who described them as a "prodigiously brilliant melodic metal band".

I Can't Believe It's Not Metal (EP)