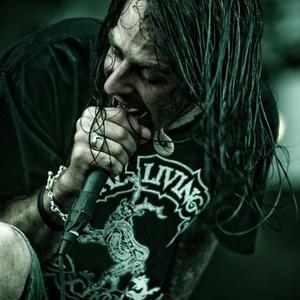 Lamb of God is an American groove metal band, originally formed under the name Burn the Priest. The roots of Lamb of God were planted in the year 1990, when Mark Morton, Chris Adler and John Campbell were friends at Virginia Commonwealth University. The trio began playing at Adler's house in Richmond weathering chilly conditions. "There was no heat in the house," recalls Campbell. "We would hang around the kerosene heaters, get really drunk and write metal songs. Fumes and Black Label beer were definitely what fueled our early days."

The roots of Lamb of God were planted in the year 1990, when Mark Morton, Chris Adler and John Campbell were friends at Virginia Commonwealth University. The trio began playing at Adler's house in Richmond weathering chilly conditions. "There was no heat in the house," recalls Campbell. "We would hang around the kerosene heaters, get really drunk and write metal songs. Fumes and Black Label beer were definitely what fueled our early days."

After graduation, Morton moved to Chicago to pursue a master's degree, but the band continued. A new guitarist, Abe Spear, replaced Morton as the band retired its instrumental sound and added Randy Blythe on vocals.

The quartet, known then as Burn the Priest, became a fixture in the tightly-knit Richmond music scene. To compete with the high-level of musicianship displayed by their contemporaries, the band adopted a rigid practice schedule. "To this day, we practice five days a week out of necessity," says Campbell. "The bands in Richmond can flat outplay you and if you don't practice, they will blow you off the stage. Bands like Breadwinner and Sliang Laos - two local math-metal bands - could play insanely complicated music note perfect. They inspired us to raise the bar musically and taught us the work ethic we needed to be a success."

The band was playing around Virginia when Mark Morton moved back from Chicago and re-joined the group. Soon after, Burn the Priest released a self-titled full length album on Legion Records. Abe left soon after, which opened a spot for guitarist, and brother to Chris - Willie Adler.

A year after the second Adler joined, in 2000, Burn the Priest changed its name to Lamb of God, and signed a record deal with Prosthetic Records. The band's independent-debut, New American Gospel, was released in the year 2000. "This album was all about creating a rhythmic and pummeling musical landscape with riff after riff," explains Morton. Drummer Adler notes: ''This is a classic record. We had all the elements come together to make one of the heaviest, yet contagious records of our career. It was difficult to contain us - we didn't even understand at the time what we had created."

Two years of extensive touring to support the album raised Lamb of God's profile before the band released the critically acclaimed, As The Palaces Burn (2003). ATPB won record of the year honors in such notable magazines as Revolver and Metal Hammer while garnering mainstream press in Rolling Stone and Entertainment Weekly.

The band hit the road again and began headlining tours across the globe. In the fall of 2003 Lamb of God was a co-headliner on the first ever MTV's Headbanger's Ball Tour which elevated Lamb of God beyond the underground. The band then released Terror and Hubris, a DVD, featuring early live performances, videos for "Ruin" and "Black Label" and behind-the-scenes footage highlighting the work ethic, humility and sense of humor of one of the most respected and influential bands around today. The DVD proved to be a commercial success as it entered the Billboard Music DVD Charts at #32.

Gradually, Lamb of God's persistence paid off. Their 2003 disc, As The Palaces Burn earned them a new level of respect and admiration, but it was 2004's virulent major label debut (Epic Records) Ashes of the Wake that turned the band into true contenders for the metal throne. By mid 2006, the record had sold over 275,000 copies. Revolver magazine voted it the album of the year, a Guitar World readers poll deemed it best metal album and awarded the band "most valuable players," "best shredders" and "best riffs." The video for "Now You've Got Something to Die For" earned "best video" from both Headbanger's Ball and Revolver. And a DVD chronicling the tour and life on the road with the band, Killadelphia, has gone gold. Lamb of God supported Ashes with more relentless touring, now playing mostly arenas and festivals, starting with a headlining run on Second Stage at Ozzfest 2004, and ending by headlining the North American Sounds of The Underground Festival in 2005.

The political angst that fueled the lyrics on As The Palaces Burn continues unabated on Ashes of the Wake. However, Blythe admits that his plans to write songs about personal responsibility quickly changed. "Mark and I write most of the lyrics together, and at the start of this album we agreed that we wanted to concentrate on internal instead of external politics," he explains. "But as we got into it, considering the condition of the world today, we felt obligated as responsible artists to give accurate social commentary, and that meant writing a few indictments against the powers that be."

Mixing a call to arms with a sneering disdain balances Ashes of the Wake. "In the end, I think the album is stronger because we show the relation between internal and external politics instead of just focusing on one or the other," Blythe says. "These songs are a reality check for everyone because they rail against a wrong-headed government and against the apathetic people that ignore the government and allow it to exist."

After Ashes of the Wake, they had been praised as one of the leaders of the new American metal movement, and while they were flattered to be considered part of something so influential, this time they wanted to stand alone. "I believe it's important for us to create a legacy for this band, and I don't want that legacy to be in association with anyone else," Adler says. "In our minds, we're a cut above and we feel like we put out a whole lot more."

Towards the end of 2005, the band stopped all touring and came home to Richmond, VA, to begin writing the next chapter. An intense 8 month writing process followed. "We pretty much killed ourselves working on it five to six days a week for six to eight hours a day," says drummer Chris Adler. "It was important to push ourselves into uncomfortable territory as players. A lot of times one of us would say, 'I'm not sure if I can play that.' The typical response was, 'Well, you've got a year to figure it out.' We pushed ourselves to step it up and threw out a lot of decent material because we were insisting on only the best." One reason Lamb of God pushed so hard is because they wanted to create something that couldn't be classified, categorized or marginalized.

August 22, 2006 brought Sacrament, a stunning example of how diverse, articulate and pummeling metal can be. It's a record that emphasizes just how far the band members have come as players, writers and people and stands as a true testament of triumph over adversity. With Sacrament, Lamb of God has stoked the flames by stripping the flesh to the bone and examining the carnage. The songs are bleak and dark, yet key ingredients of a ride that's as breathless, exhilarating and terrifying as an overdose.

Guitarist and co-lyricist Mark Morton notes the band chose the name Sacrament based on a specific lyrical reference as well as a more general symbolic perspective. "We like it because it employs the idea of the traditional religious Sacrament, which is something you do as ritual to get to a different level of your faith," he says. "Also, I thought it was symbolic in terms of us putting out another record and getting to the next stage of our musical development." "This is definitely a personal record and it's the darkest thing we've ever done," adds Blythe. "It stems from a lot of depression and a fucked up worldview. In the last couple years I've been going through a lot of weird, bad shit."

The biggest difference between Sacrament and Ashes of the Wake is the lyrical content. In the past, Lamb of God has lyrically been motivated by the hypocrisy, greed and turmoil of politics and politicians. This time the band turned within to reveal an even greater source of despair and frustration.

Songs like 'Pathetic' and 'Descending' for instance are about the whirlpool of addiction and alcoholism, 'Walk With Me In Hell' addresses the destruction of codependency and 'Blacken the Cursed Sun' confronts suicidal depression.

"The lyrics were so intense for me, when I was recording, it was like breathing pain instead of breathing air," Blythe says. "So, when it was done, I couldn't listen to the record for another two months. It just took so much out of me to get all this stuff out, I didn't want to touch it right away."

In addition to being relatively heavy, Sacrament is a sincere expression of the turmoil that has tumbled through the last few years of the band's existence. In an era of stagnant, contrived metal, Lamb of God is a harrowing rush of honesty, a declaration that no matter what anyone else is playing, Lamb of God will always follow their own hearts.

"This band was started because no one out there was making the music that we wanted to hear," singer Randy Blythe says. "So, we decided to make that music, and from that point it has just been a continuation of that philosophy. We had never changed anything we do to appeal to anyone, appease anyone or seek any sort of approval from anyone other than ourselves."

In 2009, Lamb of God released their sixth studio album 'Wrath' which debuted at No. 2 on the billboard top 200. The track 'Set to Fail' also received a Grammy nomination amongst other Metal heavyweights such as Megadeth, Slayer, Judas Priest, and Ministry. They spent the remainder of 2009 touring in support of the new album and expect to continue touring through most of 2010.

In an interview with Spin Magazine, Chris Adler stated that the band currently has plans to begin work on their seventh album (title unknown) at the start of 2011. The album has been stated to be released either the end of 2011 or the beginning of 2012 and the band will not be doing any public performances until 2012 according to Morton's personal Twitter account.

On June 28, 2012, Randy Blythe was arrested in Czech Republic for alleged manslaughter. He was released on August 3 on a $400,000 bail until the criminal proceedings are finished.

Ashes Of The Wake (15Th Anniversary)