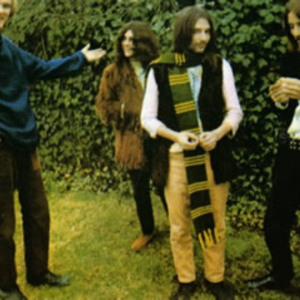 1) Band was formed by the sitar/guitar player Gualberto in 1967. At the beginning of the seventies Smash recorded two albums for Philips label "Glorieta de los Lotos" in 1970 and "We Come To Smash This Time" in 1971. Unfortunately early death of the vocalist Julio Matito bring band to the end. Music which Smash create is compare to Moody Blues and Vanilla Fudge psychodelic mood. Through guitar style of Manuel Molina we hear evident flamenco touch, applying on traditional "palos" (tarantos).

4) There is also a R&B group named "Smash" active in the mid to late 70's. The CD containing their music is called "The Roots of Switch and DeBarge". As the title suggests, some members of both future US R&B groups, "Switch" and "DeBarge" were part of this group. Check Bernd Lichters' website for more information, http://www.burndsman.com/.

6) an artist called smash who's in the miasmah label (a net-label company), who produces lo-fi, downbeat electronica

8) Indonesian boyband that was established by Starsignal on 2010. Sm*sh is stand from Seven Men as Seven Heroes. Their debut single is "I Heart You".

The Roots of Switch and DeBarge