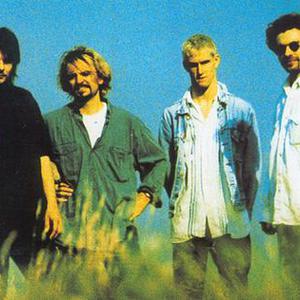 Stiltskin is a post-grunge/rock band who first achieved widespread popularity in the mid-1990s. Currently, Stiltskin's only original member is vocalist Ray Wilson, a Scottish musician, best known as vocalist in for Genesis in 1996/97. Stiltskin were a band put together by Peter Lawlor in order to front the music he had written for the British Levi's advert "Creek." The resulting single, "Inside," topped the U.K.

Stiltskin were a band put together by Peter Lawlor in order to front the music he had written for the British Levi's advert "Creek." The resulting single, "Inside," topped the U.K. Singles Chart in 1994, but the band failed to produce further chart successes of the same kind with the follow-up single "Footsteps" reaching #34. Stiltskin split in 1996, during the recording of their uncompleted second album.

The original band released only one album, The Mind's Eye, which achieved "Silver Status" in the U.K., and sold in decent quantities throughout Europe. The band made significant critical inroads in the U.S. music scene, but little was to follow in the way of sales.

All instruments on the band's hit "Inside" were played by Peter Lawlor; this was also the case on the album track "An Illusion." Lawlor and bass player James Finnigan had worked together in various line-ups since the late 1980s, with Ross McFarlane on drums being drafted in later.

At present, there is a band using the name "Ray Wilson and Stiltskin". This band has released an album She. The soi-disant "Stiltskin" were touring Europe during 2006 and 2007, and a live album entitled Stiltskin Live, recorded on October 25, 2006, with material from this tour, was released in April 2007. In 2008, Stiltskin toured across Europe.