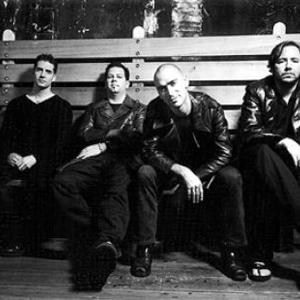 There are at least 2 bands named 'Live': 1. An American alternative rock band. 2. 1970's Germany Progressive Rock Band 1. Live is an American alternative rock band. Characterized by an earnest approach to anthemic rock and a spiritual zen reminiscent of Joshua Tree-era U2, Live climbed from modest modern rock success to the mainstream spotlight worldwide on the strength of their 1994 breakthrough album, the 6 million-selling Throwing Copper.

1. Live is an American alternative rock band. Characterized by an earnest approach to anthemic rock and a spiritual zen reminiscent of Joshua Tree-era U2, Live climbed from modest modern rock success to the mainstream spotlight worldwide on the strength of their 1994 breakthrough album, the 6 million-selling Throwing Copper.

Kowalczyk, Taylor, Dahlheimer, and Gracey first came together for a middle-school talent show in the Pennsylvania blue-collar town of York. The group remained together throughout high school, going through a handful of band names and new-wave covers before settling on the moniker Public Affection and recording a self-released cassette of originals, The Death of a Dictionary, in 1989. Frequent trips into New York to play at CBGB helped net the band a deal with Radioactive Records in 1991. With the new name Live, the band entered the studio with former Talking Heads keyboardist Jerry Harrison that year and began recording the EP Four Songs. The single ?Operation spirit (the tyranny of tradition)? went to #9 on the Modern Rock chart, and paved the way for the band's Harrison-produced, full-length debut, 1991's Mental Jewelry (#73). The album lyrics, penned by Kowalczyk, were heavily inspired by Indian guru Jiddu Krishnamurti.

Fueled by heavy touring (including billing at Woodstock ?94 and Peter Gabriel's WOMAD tour) and a string of hit singles (?I Alone?, ?All Over You? and the #1 Modern Rock hits ?Selling the drama? and ?Lightning crashes?), their next album, Throwing Copper, went to #1 in 1994. It is their best-selling, and often most highly regarded by fans and critics, album to date. The band was even asked to perform on Saturday Night Live where they performed their hits ?I Alone? and ?Selling the Drama? and to this day, they are the only band to receive a standing ovation at the party after the broadcast.[citation needed]

The momentum continued long enough to help 1997's Secret Samadhi (coproduced by the band and Jay Healey) debut at #1. Deriving its name from a state of Hindu meditation, the album spawned four Modern Rock hit singles, but failed to match its predecessor's success, with sales topping off at 2 million. The band performed ?lakini's juice? and ?Heropsychodreamer? from this album on NBC's Saturday Night Live.

Harrison came back on board as coproducer for 1999's The Distance to Here, which debuted at #4 and featured the minor US hit single ?The Dolphin's Cry.?

In September 2001, the more experimental V (originally scheduled to be titled ?Ecstatic Fanatic?) was issued to mixed reviews, preceded by ?Simple creed? as the first single. However, with the events of 9/11?which occurred a week before V ?s release?the melancholic ?Overcome? began receiving significant airplay, superseding ?Simple Creed? and becoming V's selling point. Unfortunately, Live's commercial stock?compounded by their petering radio airplay?had fallen further since The Distance to Here, with V merely reaching #22 at home, failing to reach gold status.

Birds of Pray appeared in May 2003, bolstered by the unexpected success of ?Heaven?, Live's first US Hot 100-placing since ?The Dolphin's Cry.? Reaching #28, Birds of Pray ultimately outsold V, although it too received mixed reviews and failed to reach gold status.

In November 2004, Live released Awake: The Best of Live, a career-spanning compilation that included ?We deal in dreams?, a previously unreleased song from the Throwing Copper sessions, and a cover of Johnny Cash's ?I Walk The Line?, as well as Birds of Pray's ?Run Away?, re-imagined with Shelby Lynne on co-lead vocals.

In 2005, Live signed with Sony BMG Music Entertainment's Epic label, and released a new album entitled Songs From Black Mountain in June 2006, preceded by ?The river? as lead single. Thus far, while the album has achieved international success, it has proven Live's lowest-seller yet domestically, only reaching #52 in the US before quickly disappearing from the charts.

While Live remain only moderately popular in terms of record sales in the United States, much of their current sales come from places in Europe, South Africa, Australia and New Zealand. Ed Kowalczyk has said that ?Holland is the center of the Live universe? [citation needed].

The group made news in January 2006 as three band members (Chad Taylor, Patrick Dahlheimer and touring rhythm guitar Adam Kowalczyk) and two members of the band's road crew were on a United Airlines flight when smoke filled the cabin, requiring the pilot to make an emergency landing.

On season 5 of American Idol, finalist Chris Daughtry was accused of performing Live's rendition of Johnny Cash's ?I Walk the Line? and calling it his own. This angered some Live fans, but one week later Daughtry acknowledged it was not his own rendition, even saying Live was one of his favorite bands. In May 2006, Live appeared on The Howard Stern Show and addressed this issue.

On May 24, 2006, the band and Chris Daughtry performed ?Mystery? on the season finale of American Idol, and on June 7, a new version of ?Mystery? was released on the Friends of Live website featuring Chris Daughtry on guest vocals.

The members of Live announced in June 2009 that the band would be taking a two-year hiatus as they work on other projects. On November 30, 2009, guitarist Chad Taylor confirmed that the hiatus of the band was most likely a permanent rift. See the Wikipedia page for more. During the first European tour of the new band of Taylor, Gracey and Dahlheimer (The Gracious Few), Taylor commented both on stage and in post-show discussions that he believes Live may still come back together, though he also stated that the chances of Kowalczyk joining them in this effort may be very small. In an exclusive blogpost[1] on website The Comet, Taylor confirmed that the remaining members of the band would be working on new material for Live in Nashville early July 2011.

Formed in 1971, and a strangely named band indeed. In October 1972 their guitarist Martin Knaden went to Curly Curve. Throughout their history only one member has remained, the multi-talented keyboards and flute player Norbert Aufmhof. Although in existence for a decade Live never got to record a proper studio album, or gain a contract, which surely they should have. Maybe the band name was a bit of a jinx?!

Their earlier history was originally just documented by a single. Only more recently did an LP surface collecting 1974 recordings. Quite obviously a collection of rehearsal session tapes, the LP reveals a band with promise albeit rather grottily recorded with often barely understandable muffled lyrics in English. Musically, there are nods to early Satin Whale and Jane, but with lots of classical touches, notably Grieg and Bach, and a penchant to meander rather nicely during the instrumentals.

Based on the ROCK OFFERS track "Sea Fever", they had blossomed and changed focus somewhat, as a much more sophisticated symphonic progressive of the Pancake and Jane type, typical of the mid/late-1970's.

In all, during their history, three different versions of Live existed, but eventually the band split in 1976. A full history of the band is included in the GEVELSBERG CD, which documents other oddments, sessions, and a live recording!

Live At The Paradiso