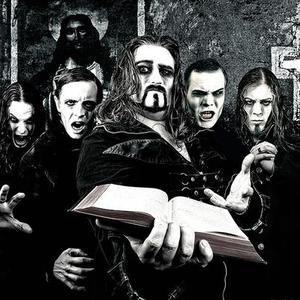 Powerwolf is a German power metal/heavy metal band, formed by the brothers Charles and Matthew Greywolf, the band spent a lot of time doing nothing until they met up with a Romanian vocalist called Attila Dorn. Attila Dorn came from a classical background, when he met up with the Greywolf brothers he expressed an interest in metal and followed them back to Germany which is when Powerwolf took off.

Formed in 2003, the band released their first album in April 2005, entitled Return in Bloodred. In 2007 they release Lupus Dei and finally in 2009 they released Bible of the Beast.

Powerwolf were influenced by 1980's metal acts such as OzzY, Accept, Venom and Mercyful Fate.

They are signed to Metal Blade Records whom expressed an interest when they heard a German group was working with a Romanian classical singer to create a metal group.

The band furthers the combination of classic heavy metal bands and adds a unique touch to the music. Imagine King Diamond's atmosphere and keyboards combined with Dio's catchiness and you're about halfway there.

The Symphony Of Sin

Kiss Of The Cobra King (CDS)

The Sacrament Of Sin (Deluxe Version)