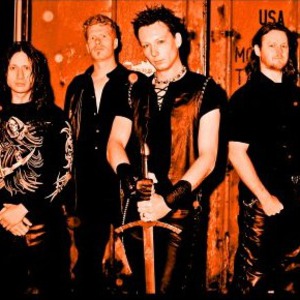 Iron Fire is a Danish power and speed metal band which formed in 1995 under the name 'Misery'. The band soon changed their name to 'Decades of Darkness', then finally, to 'Iron Fire'. In 1998, they released their first demo, which was received extremely well, and they signed to Noise Records. Their debut album sounded a lot like common power metal bands, such as Hammerfall, Helloween & Running Wild. What makes them different from other power metal bands is the vocalist, Martin Steene, who has a voice similar to Vince Neil (M&ouml;tley Cr&uuml;e).

The year 2000 saw the release of Iron Fire's debut album, 'Thunderstorm' , which received rave reviews. The band's sophmore effort, 'On the Edge' (2001), was not viewed as the bands best work by critics. The band has never had a stable line-up, with multiple changes coming from 2001 - 2006. March 2006 saw the return of Iron Fire with their third studio album 'Revenge' (from Napalm Records).

Since then they have released 'Blade of Triumph' (2007) and 'To the Grave' (2009), both of which went on to receive good reviews by critics.

Voyage Of The Damned

To The Grave (Limited Edition)