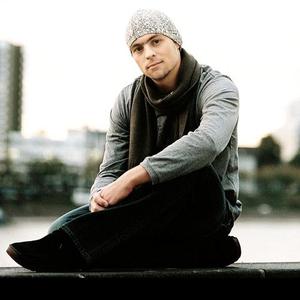 German singer Max Mutzke started his career in a funk band called Project Five. He gained public interest in spring 2004 when he won SSDSGPS (Stefan sucht den Super-Grand-Prix-Star), a talent contest hosted in Stefan Raab's Late-Night-Show TV total. Afterwards he released his first single "Can't Wait Until Tonight" (also composed by Raab), which entered the German single charts at #1 on March 22, 2004 and eventually met the conditions laid down for Max to be admitted into Germany's pre-selection for the Eurovision Song Contest 2004 as a wild-card entry.

In the televoting of the final show on March 19, 2004 Max defeated nine other competitors (including established artists like Scooter or Sabrina Setlur). A majority of 92,95 % of all votes made him the German entry for the 49th Eurovision Song Contest in Istanbul, where he finished eighth with 93 points.

Thereupon the singer went back to school and passed his final high school examination, before teaming up with Raab once again to finish his self titled solo album in summer 2004. The record, a mixture of Funk, Soul and Pop in German and in English language, debuted at #1 on the German album charts and spawned the singles "Schwarz Auf Wei?", "Sp?r Dein Licht" and "Catch Me If You Can". From May to June 2005 Max then went on a club tour across Germany, Austria and Switzerland, before touring with Katie Melua.

Currently, Max is working on his sophomore album.