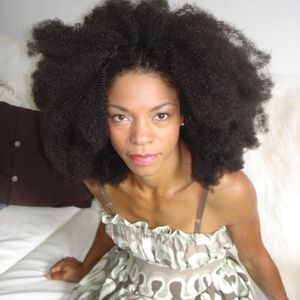 Nicole Willis began her professional career in London in 1984, singing and writing with the Washington Week In Review alongside members of The Brand New Heavies. She then returned to New York the following year to work with Blue Period and the Hello Strangers, meeting up with Supa DJ Dmitry Brill. Soon after, she sang alongside Lady Miss Kier Kirby and Dmitry in the earliest line-up of Deee-Lite.

In 1989, Nicole sang back-ups on The The's 'Mind Bomb' tour. Back in NYC later the same year, she joined Repercussions, an uptown-based soul-hip-hop live ensemble, releasing the club hit "Promise" on Mo Wax in 1992 and subsequently collaborating with Curtis Mayfield on "Let's Do It Again". After two albums as Repercussions and one as Crown Of Brahma, Nicole returned to London in 1998 to record the track "Swords" with Leftfield.

1999 sees Nicole recording with Jimi Tenor and Maurice Fulton in Barcelona and developing a solo project with producer/composer Dougie Bowne. Mostly collaborating with her husband Jimi Tenor, she released the albums "Soul Makeover" (2000) and "Be It" (2004). In 2005 and 2006, she has worked with The Soul Investigators (recording as Nicole Willis and The Soul Investigators), and some more solo work too.

Tortured Soul (With The Soul Investigators)

Keep Reachin Up (Remixed) (With The Soul Investigators)

Keep Reachin' Up (With The Soul Investigators)