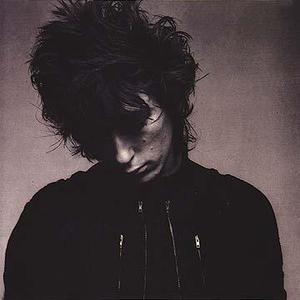 Johnny Thunders, born John Anthony Genzale, Jr (July 15, 1952 - April 23, 1991), was a rock and roll guitarist and singer, first with the New York Dolls, the proto-punk glam rockers of the early '70s. During the late '70s, he was a familiar figure on the New York punk scene, both with The Heartbreakers and as a solo artist. His screeching, penetrating guitar sound is distinctive and highly influential in punk rock music.

Thunders tangled with the demons of fame and drug addiction until his death on April 23, 1991 of a methadone overdose. Some suspect foul play. The theory is that two hustlers met Thunders in a bar and they hung out in his room where they proceeded to kill Thunders, steal his belongings, and spike him with methadone to make it seem like an overdose. This theory arose when Thunders' sister Mariann requested to see the police report and half of the report was missing. The autopsy also showed no evidence of alcohol in his system, which is perplexing because many witnesses say that they saw Thunders drinking the night before he was killed with the two men. Johnny Thunders was 38.

You Can't Put Your Arms Around A Memory CD1

You Can't Put Your Arms Around A Memory CD2

You Can't Put Your Arms Around A Memory CD3