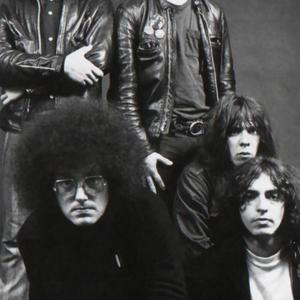 The MC5 (Motor City Five) is an American hard rock band formed in Lincoln Park, Michigan in 1964 and was active until 1972. They then reformed in 2003 and occasionally perform live. Their music also includes blues-rock, psychedelic rock, rock and roll and garage rock. "Crystallizing the counterculture movement at its most volatile and threatening," their far left political ties and anti-establishment lyrics and music would serve as a prototype for later punk rock musicians.

The MC5 had a promising beginning which earned them a cover appearance on Rolling Stone magazine in 1968 even before their debut album was recorded. They developed a reputation for energetic live performances, one of which was recorded as the critically acclaimed Kick Out The Jams. Their career was ultimately short-lived, though within just a few years of their dissolution, the MC5 were often cited as one of the most important American hard rock groups of their era: their three albums are regarded as classics. Their song "Kick Out the Jams" is widely covered.

The Big Bang: The Best of the MC5

Back In The Usa

Kick Out The Jams Japan