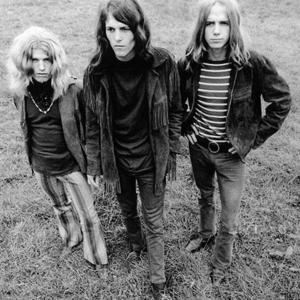 Blue Cheer is an American blues rock group of the late 1960s and early 1970s, who helped to pioneer heavy metal music. Based in San Francisco, original personnel were singer/bassist Dickie Peterson, guitarist Leigh Stephens, and drummer Paul Whaley. A power trio, the band was named after a variety of LSD promoted by underground chemist and Grateful Dead backer Owsley Stanley. This variety of LSD took its name from a popular laundry detergent. Their first hit was a cover version of Eddie Cochran's "Summertime Blues" from their debut album Vincebus Eruptum (1968).

The group's sound was hard to categorize, but was definitely blues-based, psychedelic, and very loud. The band has been subsequently acclaimed as an influence on garage rock, punk rock, heavy metal, and grunge. Julian Cope has written, "In 1968, nothing but nothing in America and Britain sounded as brutal as Blue Cheer except for The Velvet Underground."

The group underwent several personnel changes after the 1968 release of Outsideinside, and then through yet more changes during and after 1969's New! Improved! Blue Cheer (different guitarists on side 1 and 2). After Leigh Stephens was replaced by Randy Holden, formerly of Los Angeles garage rock band The Other Half, in 1968, Blue Cheer's style changed to a more commercial hard rock sound ? la Steppenwolf or Iron Butterfly. For the fourth album Blue Cheer, Holden, who had left during the third album, was subsequently replaced by Bruce Stephens. Stephens later quit and was replaced by Gary Lee Yoder, who helped complete the album.

The new line up of Peterson, Ralph Burns Kellogg, Norman Mayell, and Yoder in 1970 saw the release of The Original Human Being and then 1971's Oh! Pleasant Hope. When Oh! Pleasant Hope failed to dent the sales charts, Blue Cheer temporarily split up.

From 1988 to 1993, Blue Cheer toured mainly in Europe. During this time, they played with classic rock acts as well as then-up-and-coming bands: Mountain, Outlaws, Thunder, Groundhogs, Ten Years After, Yardbirds, Danzig, Mucky Pup, Biohazard and others.

On the Nibelung Records label they released several albums. 1989 saw the release of Blue Cheer's first official live album, Blitzkrieg over N?remberg. This album was recorded on Blue Cheer's first European tour in decades. The drum chair was then taken by Dave Salce; bass by Dickie Peterson; guitar by Duck McDonald.

1990 saw the release of Highlights & Lowlives studio album, comprised of blues-based hard rock, sometimes reminiscent of Aerosmith and the Rolling Stones, and several ballads. The album was produced by notable grunge producer Jack Endino. The line-up was Peterson on bass and vocals, Paul Whaley on drums, and Duck McDonald on guitars.

Blue Cheer followed up "Highlights" with the much heavier Dining with the Sharks. McDonald was replaced by German ex-Monsters guitar player Dieter Saller. Peterson was on bass and vocals again, and Paul Whaley was again on drums. Also featured is a special guest appearance by Groundhogs guitarist Tony McPhee. The album was produced by Roland Hofmann.

In the early 1990s, Peterson and Whaley re-located to Germany. Whaley still lives there. Guitar work has been handled by Duck MacDonald since that time. Blue Cheer are still active as of 2009. Peterson reunited with Leigh Stephens and performed with drummer Prairie Prince at the Chet Helms Memorial Tribal Stomp in San Francisco's Golden Gate Park in Fall of 2005, and their lively performance drew old rockers like Paul Kantner and others from backstage to observe. They did some recordings in Virginia in Winter 2005 with Joe Hasselvander of Raven and Pentagram on drums. Paul Whaley has since returned to the band as drummer. The group's 2007 CD, "What Doesn't Kill You...", features contributions from both Whaley and Hasselvander. In 2009, Peterson died in Germany, leading to the cessation of Blue Cheer.

Blue Cheer's video for Summertime Blues made an appearance in 2005 documentary Metal: A Headbanger's Journey, where Geddy Lee of Rush referred to the group as one of the first heavy metal bands.

The band have also been regarded as the godfathers of stoner rock bands like Kyuss, Fu Manchu, Nebula and Monster Magnet have cited their "heavy-fuzz rock" as a massive influence on them.

What Doesn't Kill You...

Dining With The Sharks

The History Of Blue Cheer: Good Times Are So Hard To Find